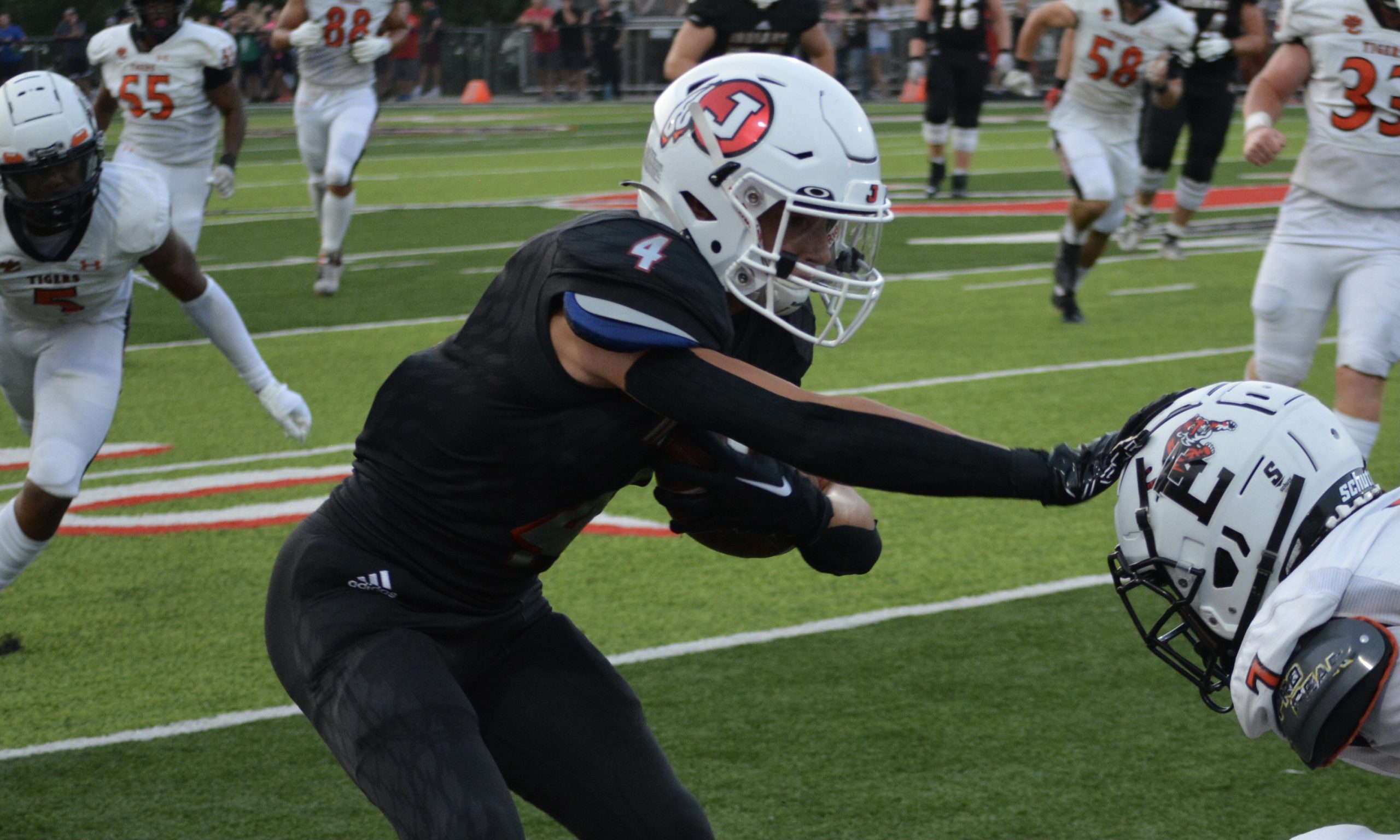 Last Friday night at The Pit, the Jackson football team’s hopes of winning a fifth-straight Class 5 District 1 Championship was taken away by the hand of its rival Poplar Bluff.

Two of these scores were through the air as Poplar Bluff’s junior quarterback Mason West finished with a game-high 260 yards and two touchdowns with no interceptions. His longest touchdown pass of the night went for 65 yards to junior wide receiver Darius Graham with 4:52 left in the first quarter for the Mules to take a 14-0 lead.

Poplar Bluff senior running back Atari Amos scored his team’s final touchdown of the night with a eight-yard touchdown run in the second quarter. That was answered by Jackson junior quarterback Adrian Fox as she scored the Indians first touchdown of the game off an 8-yard run with 40 seconds left in the first half.

Jackson then made it a one-score game with 9:49 left in the third quarter, which is where senior running back Tony Williams scored the final touchdown run of his career with a 2-yard gain.

The Indians followed that up with a 29-yard touchdown pass from senior quarterback Zach Calder to Kai Crowe a little over four minutes later.

Poplar Bluff kept Jackson out of the endzone for the remainder of the contest, though, for the Indians to lose their first district semifinal matchup since 2015.

Leading Jackson in tackles was junior outside linebacker Titus Jackson as he produced 12 as two were tackles for a loss. Indians junior defensive lineman Hayden Wessell paced him with 11 stops of his own.