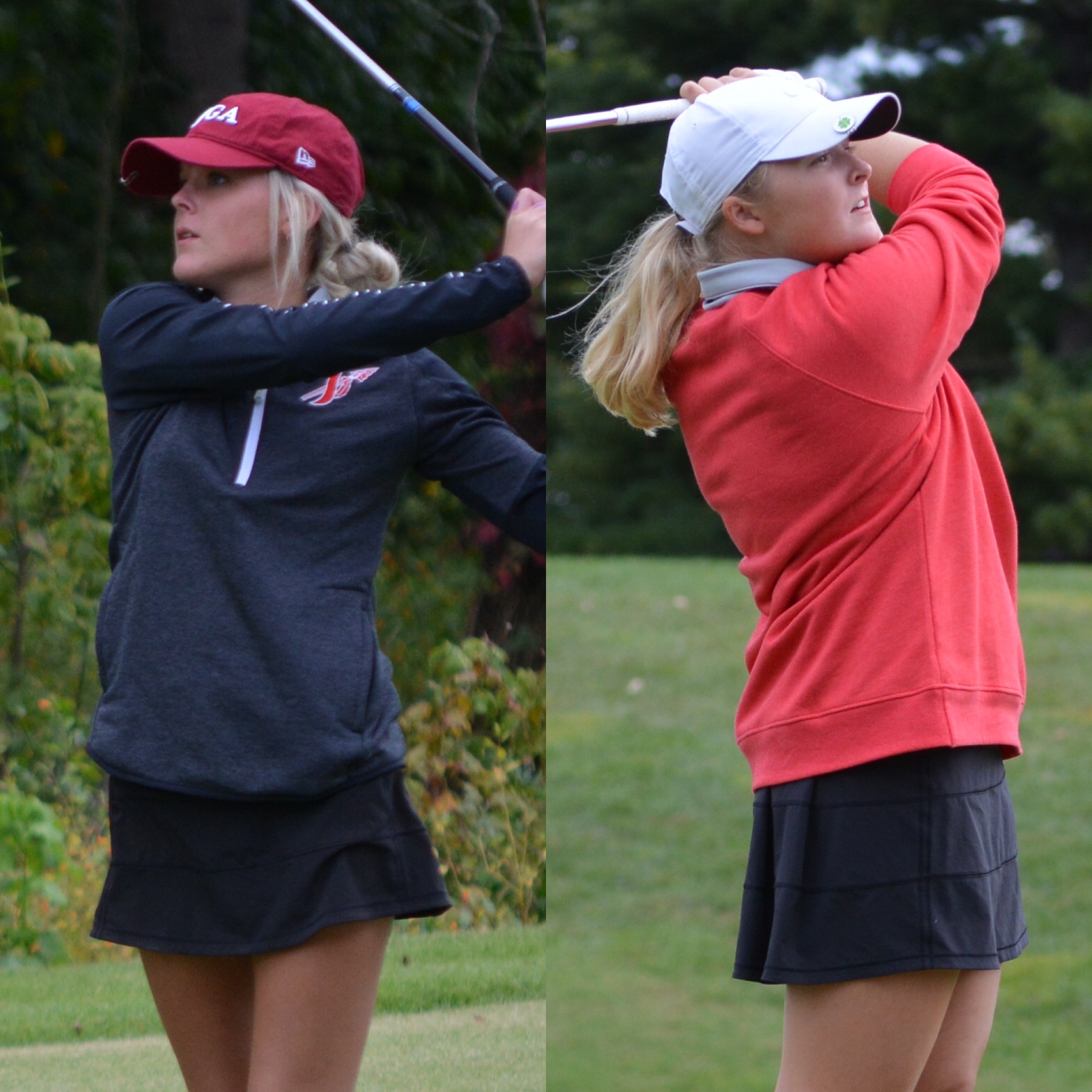 Coming off its best season in program history with a third-place finish in Class 2 last year, the Jackson girls golf team is showing no signs of slowing down after the Indians only graduated one of their varsity golfers.

The Indians haven’t lost a match this season as they are averaging a team score of 164 through seven competitions. Jackson has not recorded a total over 170 with the team’s season low being 158.

“We looked at our scores from last year, and we tried to set a goal for shooting 150 based on the scores we had,” Jackson head coach Caroline Korbecki said. “Now last year, we usually had three players who would shoot in the 30s, so that helped. The girls are definitely very capable of shooting that, and I hope we can get to that goal [before the postseason].

“The 164 [average] has been based on them working together. Every day they are out [on the course] encouraging each other, and we have so much inner team competition with one another. I think that helps push them and motivate them.”

Jackson returns all-state golfers juniors Kaydi Rhodes and Ella Overstreet as neither have finished outside of the top-two places in match play. Rhodes has taken first and medaled in five matches, while Overstreet has finished first in all but one of the three meets she’s played this year.

Rhodes and Overstreet each earned all-state honors by tying for 21st place at last year’s state tournament. The Indians also won the Class 2 District 1 Tournament, where Rhodes was crowned as the individual district champion.

This year, Rhodes’ season-best score is 37, which she produced in the first three matches to take first place. The only time Rhodes hasn’t scored in the 30s was on one occasion when she finished with a 40 to take second in the team’s tri match against Notre Dame and Ste. Genevieve Sept. 28.

Overstreet recorded her best score of the season when Rhodes hit a 40 as Ella shot a score of 35 (one under par) for the Indians to win the match by 51 points.

In the team’s 68-point win (160 to 228) against Ste. Genevieve on Sept. 22, Rhodes and Overstreet tied for first by hitting par (39) at Crown Pointe in Farmington. This was the match where junior Jacie Pattengill and sophomore Maggie Davey were close behind them with scores of 40 and 42 to place second and third, respectively.

Pattengill placed in the top two one other time this season when she hit two over par at 38 to tie for first in Jackson’s 158 to 194 win over Ste. Genevieve at the Dragons home course. Pattengill tied with fellow junior Kasie Saysanan, who transferred to Jackson from Notre Dame for this season.

Pattengill, who is the Indians No. 3 golfer, has yet to place lower than fourth overall this season as she has taken third once and fourth four times outside of her top-two finishes.

Saysanan is currently the No. 5 golfer for Jackson as she has taken third, fourth and sixth place once and lastly fifth three times. Ahead of her for the Indians is sophomore Maggie Davey, who has not placed outside of the top five this year. Davey’s highest finish has been third place, which she has done three times by producing a season-best score of 42.

Jackson’s latest match was against Notre Dame and Ste. Genevieve Sept. 29 at Kimbeland Country Club, where the Indians won by 56 points with a score of 164. Rhodes took first (38), followed by Overstreet in second (39), Saysanan third (43), Pattengill tied for fourth (44) and Davey fifth (49).

MSHSAA expanded the classes for girls golf from two to four this season as the Indians are now in Class 4 District 1, which also features Fox, Eureka, Kirkwood, Lafayette, Lindbergh, Northwest, Notre Dame, Oakville, Parkway South, Seckman and Waynesville. The district tournament will be held on Monday at Northwest.

“I think seeing and being around those St. Louis schools will motivate them to be playing their hardest,” Coach Korbecki said. “I think going into districts, they need to stay positive and need to play smart golf. I know there’s some narrow holes at this course we’ll be playing at districts, so instead of pulling out our driver in that scenario, play a club to keep it in the fairway. We’re definitely going to need to work on our sandtrap game.”