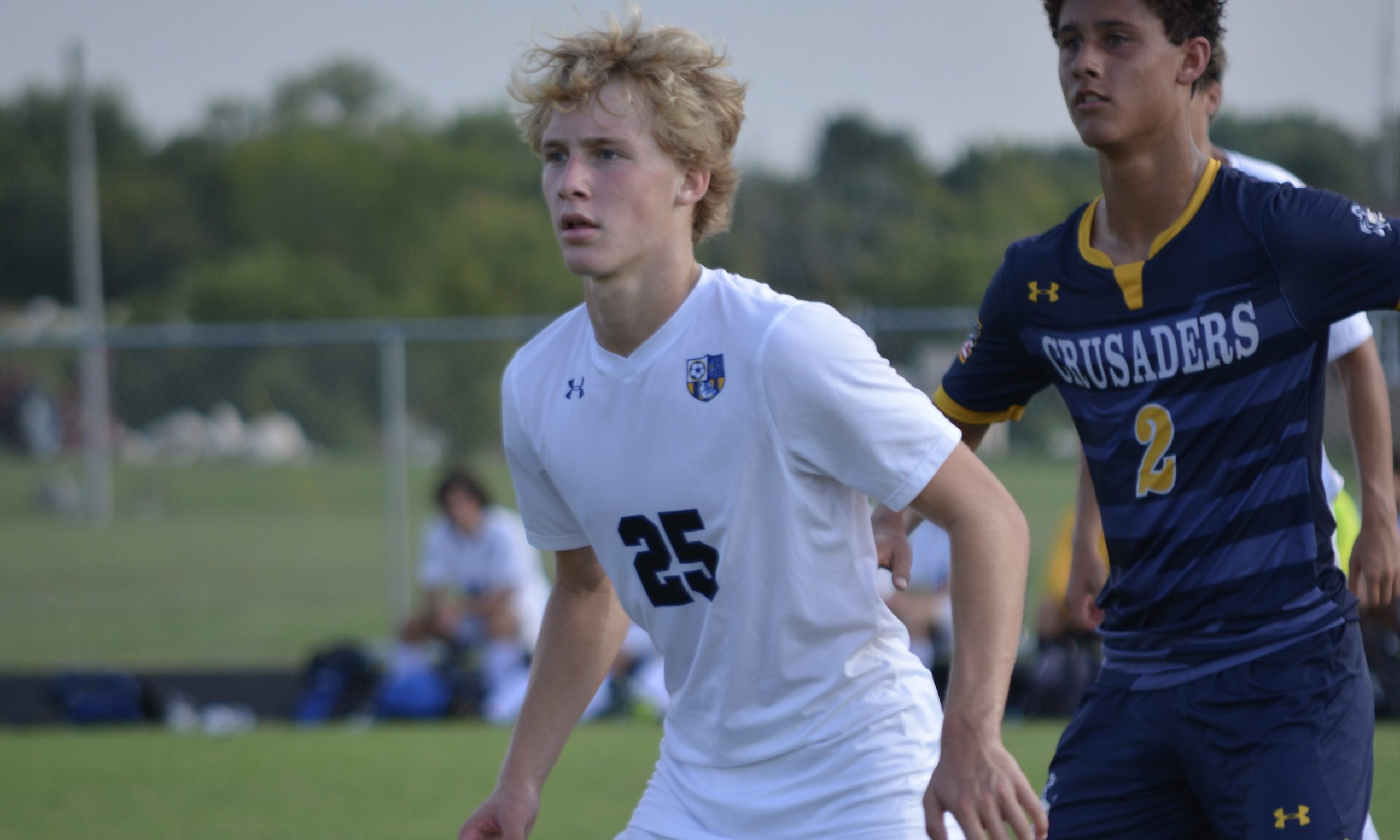 Notre Dame’s all-time leading goal scorer senior forward Will Dodson is back for his final season with the Bulldogs. Photo by Jay Forness

Two seasons removed from a state runner-up finish in Class 3, the Notre Dame boys soccer team enters its final season with one of the best players to have ever come through the program.

That would be senior forward Will Dodson, who became the Bulldogs all-time leader in goals his sophomore season. He is also a back-to-back all-state selection that hopes to help Notre Dame have another deep postseason run this fall.

Dodson currently has 113 career goals as he produced a single-season, career and program-high 50 goals last season. To no one’s surprise, Will has also scored the most goals in a single game in program history, which is six that he put up against Farmington.

Last year, though, the Bulldogs were unable to get past the district tournament as they fell in the title game to finish the season 20-4 overall. Notre Dame only lost two matches the year before when it reached the state championship match.

The Bulldogs had won three-straight district championships prior to the 2021 season in a year where they beat Class 4 state runner-ups Jackson to win the SEMO Conference Championship. The Indians were not the only state runner-up team Notre Dame defeated last season, though, as it also beat Class 2 second-place Perryville 5-1.

Dodson and three other Bulldogs garnered all-state honors following the 2021 campaign. Notre Dame’s other players to be tabbed as some of the best in Class 3 were 2022 graduates Blaise Kulla, Colton Neumeyer and Drew Vandeven.

Additionally, the Bulldogs head coach Matt Vollink was selected as the Class 3 Private School Coach of the Year, which is an award he also won in 2020.

Vandeven helped solidify a defense that recorded 12 shutouts, while Kulla and Neumeyer were a part of an offensive attack which averaged more than four goals per game. Neumeyer finished his career as Notre Dame’s all-time leader in assists with 64 as he recorded a single-season, program-record 31 last year.

The Bulldogs will return some key players other than Dodson, though, as senior forwards Cole Bruenderman and Davis Dow, and junior midfielder Will Thurston are back in the mix. Another sophomore midfielder for Notre Dame is Bryce Sides will also be crucial for Notre Dame this fall.