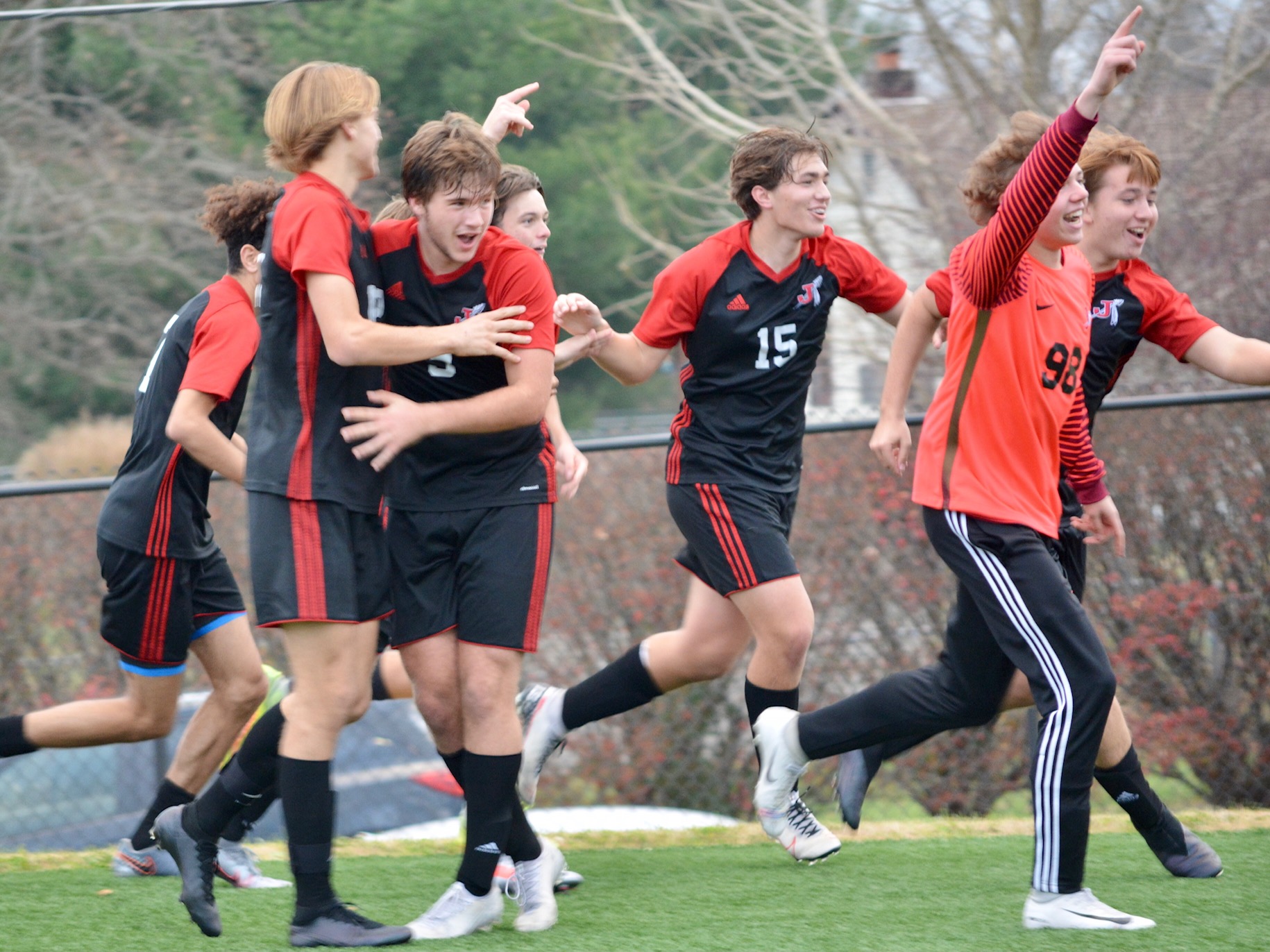 Not once in school history has the Jackson boys soccer team ever been able to reach the state final four heading into this fall. That all changed this past week.

On top of reaching the Class 4 Final Four for the first time with a 1-0 overtime win over Chaminade on Wednesday, the Indians will now be playing for the state championship this weekend after a 2-1, double-overtime win over Park Hill on Saturday.

Jackson was able to host the semifinal against Park Hill due to MSHSAA not wanting to host the final four with COVID-19 concerns.

“I’m so happy for these boys,” Jackson head coach Zach Walton said. “I’m happy for this community and the program overall. A lot of hard work has gone into this. The community supported us and helped get a turf field out here for us to practice on day in and day out to get better.

“The support the community has given us to have a facility like this and have the boys come in and work as hard as they do. Then in the offseason the commitments to drive to St. Louis and play on a club team says a lot for these boys. The hard work has payed off.”

There was heavy rain in the forecast for the game, but all that ever occurred was a short shower that produced a rainbow of luck for the Indians.

This rainbow didn’t show up until the second half, which was after Jackson was able to take a 1-0 lead in the second minute of the 99-minute affair. The goal was scored by none other than the Indians leading scorer junior Chalon Domian.

Domian finished with several shots on goal throughout the match, but his lone goal off a pass from fellow junior Wil Essner put the pressure on the Trojans.

“That’s huge momentum right off the bat for us. Building confidence — I think that was huge for us,” Coach Walton said as Jackson’s student section rushed the field. “You just have to love the fans coming across the field right now. This is amazing — I love every bit of it. Let them celebrate.”

Park Hill was able to control possession of the ball for the most part throughout, but Jackson’s defense led by seniors Luke Mirly, Devin Reiminger, Jake Sauerbrunn and juniors Drew Nugent and Jacob Simmons only allowed one goal. Along with catching several corner and free kick attempts by Park Hill, Mirly finished with a total of seven saves in the goal.

“I thought our backs and goalie did a really good job winning a lot of balls outside for us and not allowing them to score on those except for the one,” Coach Walton said. “We hung in there and battled that out.”

The Trojans only score of the match was off a free kick by sophomore James Betz to senior Benjamin Jobe to tie the game 1-1 in the 42nd minute.

This goal led to not one but two overtime periods as Park Hill’s junior goalie Kristian Wilkie had several saves of his own to prevent Jackson from scoring again in the first 80 minutes.

It wasn’t until the 99th minute when Jackson was able to score the game-winning goal and prevent the semifinal from being decided by penalty kicks.

This was when Jackson was granted a free kick of its own taken by none other than Sauerbrunn, who booted the ball near a wall of Indians around the goal. Being able to get a head on the ball was the same player that assisted Domian on Jackson’s first goal — Essner.

The Indians nearly scored five minutes earlier as Essner attempted to pass the ball to a wide-open Domian, but Wilkie stole the ball away.

At first glance, Wilkie would’ve been able to save Sauerbrunn’s free kick had it traveled straight to the net, but the angle Essner made the ball go with his header made it an unsavable attempt.

“[Essner] got in on the end of that thing and put his head on it — that was amazing,” Coach Walton said. “For us to get that goal was huge for our whole community, program and school. It’s amazing just to be a part of it.”

Jackson (18-3) will officially take on St. Dominic (23-1) for the Class 4 state title Saturday in Springfield.