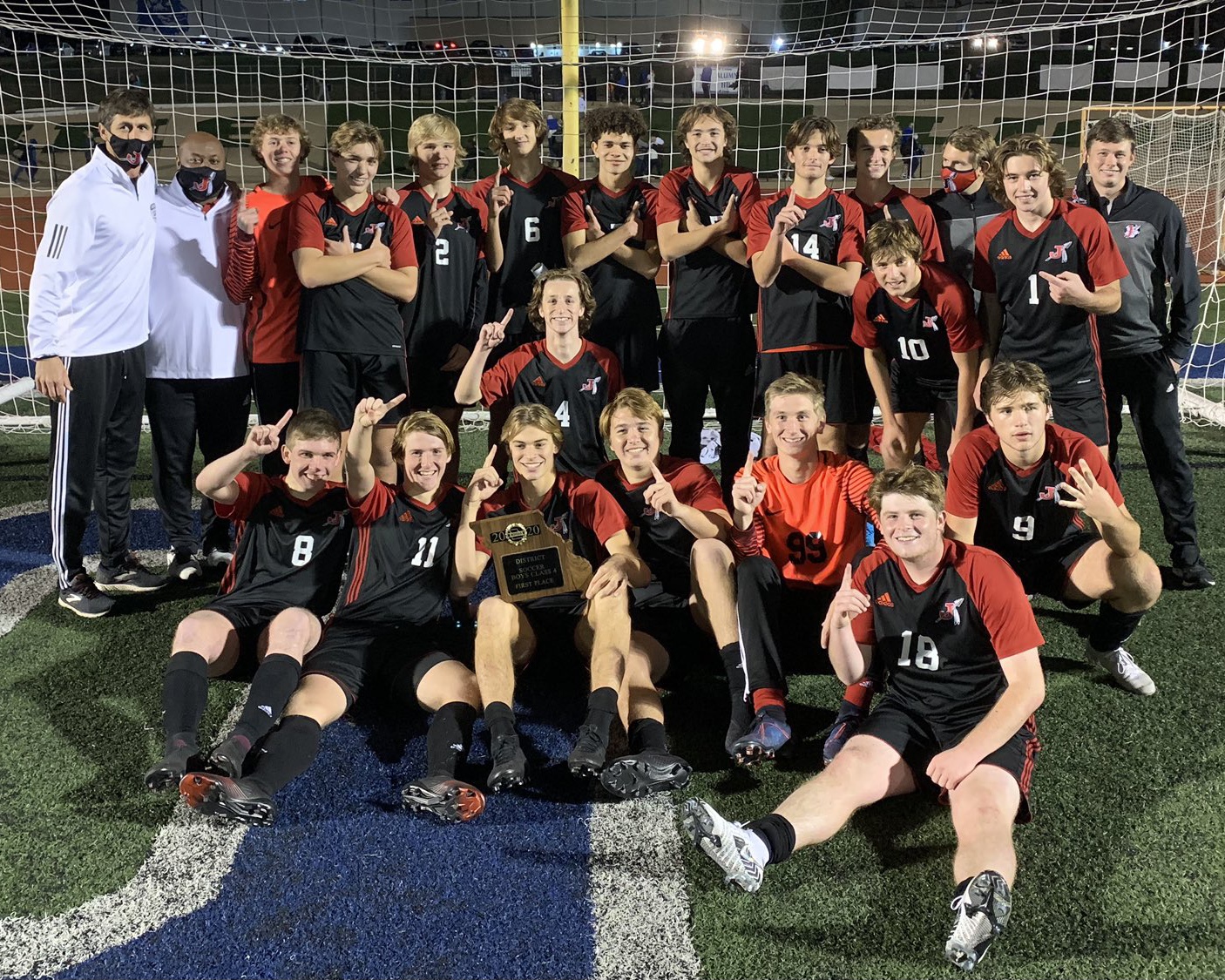 Three days after the Jackson boys soccer team won its fourth Class 4 District 1 Championship in the last five years, the Indians were able to make history.

Despite winning seven district titles since 2009, Jackson has only won one sectional match in that span back in 2010. This was when there were only three classes in soccer, and the Indians defeated Parkway South 3-1 to reach the quarterfinals.

On Saturday in St. Louis, Jackson took on District 2 Champions Lindbergh in the Class 4 Sectionals and fell down 2-0 following the first 34 minutes of play. This was after Flyers senior forward Nedim Sarajlija scored his second goal of the day.

The Indians failed to maintain possession throughout most of the first 40 minutes of play, but they still managed to score with only one minute remaining until halftime off their fourth attempt.

Coming up with the goal was junior Mason Grindstaff off a pass from fellow junior Chalon Domian, who had recorded Jackson’s first three shots on goal. Domian came up with another shot on goal during the second half.

“That was really big to get a goal right before half,” Coach Walton said. “We had a lot of good chances in that first half to score — just didn’t get it done. I felt like we could’ve scored probably three goals in that first half, so at halftime we basically told the boys to hang in there and continue to do the simple things.

“Made a few minor adjustments here and there, but overall we said, ‘Win 50-50 balls,’ which I thought we did a great job of to give ourselves some opportunities. We have too many good players not to finish, so it showed right there.”

This provided Jackson momentum heading into the second half, and it was able to tie the game at the 65-minute mark off a free kick. Senior Jake Sauerbrunn took the free kick for the Indians as junior Brayden Stowe was on the receiving end to score the goal.

“One of our big things was trying to keep the ball out of the middle for [Lindbergh] as much as we possibly could,” Walton said. “Keep it away from [Sarajlija], and we just tried to funnel everything outside on them. I thought our boys did a really good job with the game plan and sticking to it.

“When we got them out wide, we just tried to press them hard and win the ball — I thought we did pretty well on the outside when we were around the ball. Our midfield won a lot of 50-50 balls off goal kicks and punts. We did a good job winning those 50-50 balls and that’s the bottom line.”

This allowed Jackson to score three-unanswered goals as the final came in the 77th minute off another free kick by Sauerbrunn, but this time his attempt was near the box. Sauerbrunn was able to get this attempt past Lindbergh’s line of defense for the game-winning goal.

The Indians didn’t allow for the Flyers to have another shot on goal in the final three minutes for Jackson to win its first sectional in a decade.

“We’ve only [won a sectional] one other time in school history,” Walton said. “We go out and match it and make a little school history for Jackson is pretty cool.”

Winning the district championship was no walk in the park either as it took two overtimes for the Indians to defeat Northwest 1-0. Jackson recorded its 12th shutout of the season in the win while Domian scored the golden goal to help lead his team to victory.

“That was an intense game there — very back and forth,” Walton said. “You get late in the game and there’s not a lot of possession. People are just trying to play the ball a little bit longer and win 50-50 balls. I thought our guys did well again there, and we got [Domian] loose on one side and was able to put the ball in the back of the net.”

To see if it can reach the final four for the first time, Jackson will face Chaminade in the quarterfinals Nov. 10.