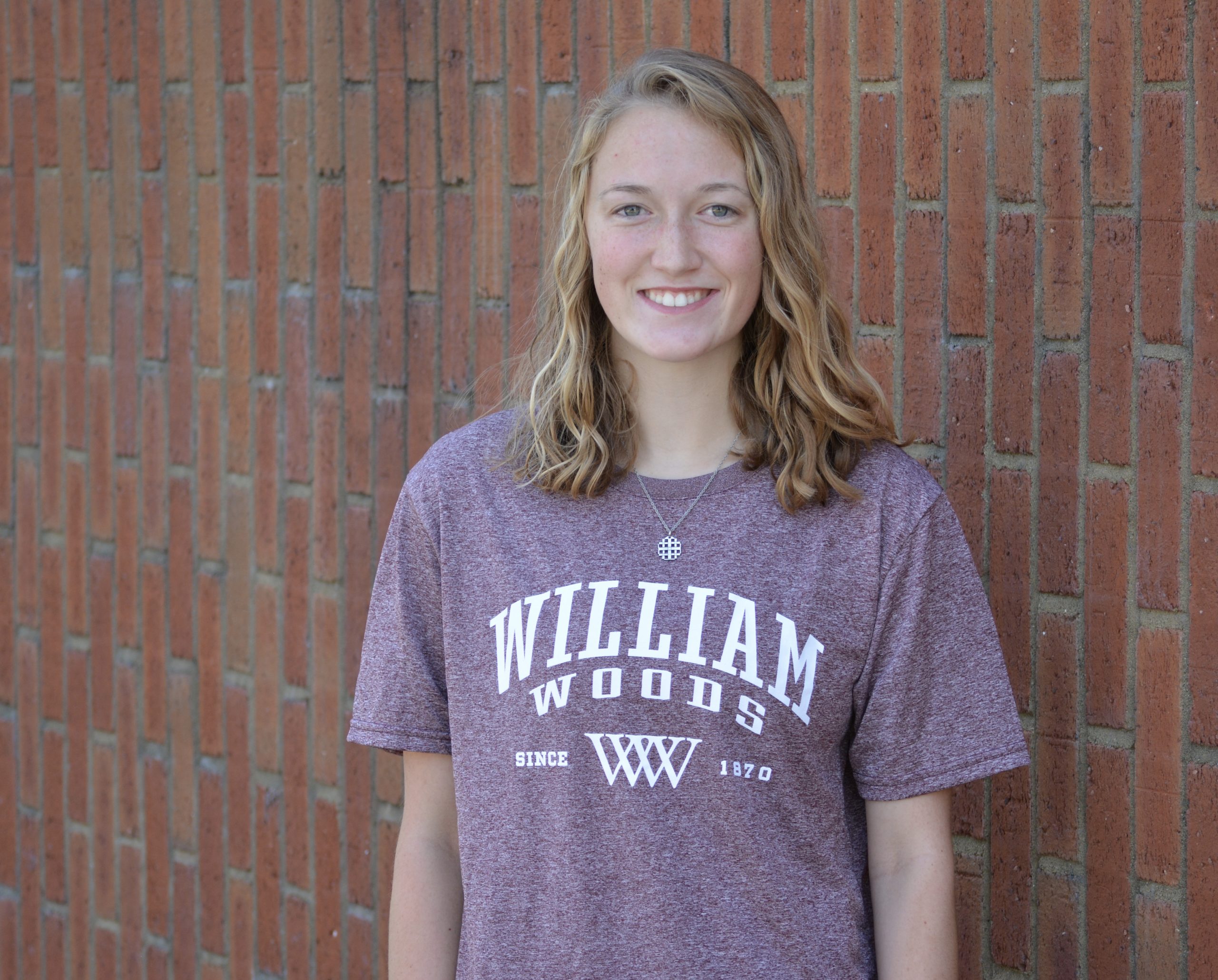 Abby Wilson’s soccer career at Cape Notre Dame came to an end on May 30 at Swope Soccer Village while she was on the sidelines crying tears of joy with the rest of her teammates from the 2019 senior class.

They were off the field during the final minutes of the Class 2 State Championship game because the Bulldogs were able to take a 3-0 lead over Visitation Academy in the first 48 minutes of play.

“We were obviously super excited when we went up 3-0 and [head coach Ryan] Schweain pulled all of us seniors out,” Wilson said. “I just started jogging off the field, and I was like, ‘Oh my gosh, I can’t believe this is happening.’ I started bawling, and it was pretty bad. I didn’t stop crying for like 15 minutes until the game was over.”

Notre Dame scored another goal with two minutes left to win the match 4-0 and claim its second state title in the last three years. The state championship the Bulldogs won in 2017 — Wilson’s sophomore year — was the first in program history.

Rewind exactly one year before Wilson and the rest of Notre Dame’s senior class were hoisting another state championship, and she was far from crying tears of joy.

On May 30, 2018, the Bulldogs were able to defeat St. Pius X 1-0 in the semifinals to reach the Class 2 state final for the second-straight year. Wilson went down with what would be a torn ACL early on in the match, ending her junior campaign.

It was four minutes into the game when Wilson suffered the injury as she was going for the ball when it was bouncing towards Notre Dame’s goal. Wilson attempted to kick the ball backwards over her head, and once her foot connected with the ball she felt a pop.

Wilson had never been seriously injured before, but after she felt the pop she started screaming and had to stop herself from doing so. While she was lying on the field, she knew her 2018 season was over.

Wilson held in her emotions the following day because she did not want her injury to impact the team as much as it already had. She said it was very difficult having to sit on the bench and watch her team play the biggest game of the season without her.

Notre Dame went on to face Christian in the state championship game that day without Wilson at center back. The Bulldogs fell 1-0 as the Eagles scored in the 70th minute to win the title.

“It was really hard to watch, and I pretty much told myself, ‘I want to get to a place where I don’t have to worry about being in that position again,’” Wilson said. “I talked to one of my coaches this past fall and they said, ‘Are you going to be upset if you don’t make it to state again?’ I hadn’t really thought about it before, but that gave me a little bit more motivation.”

During her recovery, Wilson said her teammates helped make it as easy as possible since after they would do their own workouts, they would join Wilson in running sprints or doing lunges to make sure she did not feel alone in her process.

Wilson also received support from her coaches, family and the athletic trainers at Notre Dame, which she certainly needed since recovering from a torn ACL takes up to anywhere from six to nine months.

Wilson was allowed to participate in open field workouts seven months after the injury in December, and she recalled her first time being back on the field as “extremely limited.”

“It was basically like, ‘Don’t go into any tackles,’ which as a defender you’re like, ‘What am I supposed to do?’” Wilson laughed. “That was pretty hard because it was basically just like, ‘OK, I can touch the bull, but nobody can touch me. I can’t touch them. This isn’t soccer.’”

Wilson realized she had to appreciate the process because of the fact she can now run and kick a ball with no limitations. However, it was difficult for Wilson to take things slow because she was no longer injured and eager to be back full go.

The most difficult part of the entire recovery process for Wilson was being in a good place mentally. Wilson knew it was going to take a long time to recover, but she had to make sure she did not get frustrated when something was not going her way.

“I started running, and I didn’t have my form down. ‘No, I want this now,’” Wilson said. “You have to be patient, you have to wait and be appreciative of the little milestones that you’re making and just try to have faith that it’s all going to work out.”

Wilson accepted the fact that it was not going to be a guarantee for her to play at the beginning of this season, so she made the most out of the time she had. She did physical therapy two times a week for three months, and once that was over she worked with Notre Dame’s trainer every day after school.

Wilson definitely had the days where she did not feel like running, but she knew it was something she had to do if she wanted to play. This recovery process was one of the most difficult things Wilson has ever had to go through in her life, but once she stepped onto the field in her first game back it was all worth it.

“It was pretty surreal — I wasn’t necessarily expecting to come back and just have my position back because I knew we were probably going to be a little bit conservative with my playing time,” Wilson said. “When Coach [Schweain] gave us the lineup and I was starting I was like, ‘OK, this makes me feel a lot better.’ When I stepped onto the field against Central it was very surreal. I was like, ‘I don’t know if this is actually happening or not right now.’ It was a very special moment.”

The season that started with a surreal moment ended up being the best one in program history as the Bulldogs finished 26-1-1 overall, which is the second time Wilson and the rest of the seniors finished with a year with only one loss. The other time was in 2017 when Notre Dame went 21-1.

The Bulldogs defense led by Wilson, fellow seniors Julia Williams, Haley Morris, juniors Emily Kellum and Maggie Eby recorded the second most shutouts in program history at 16, which is one behind the record of 17.

Two teams are tied for the most shutouts in Notre Dame history as Wilson and last year’s defense also made up by Alaina Baumgart, Blake Sparkman, Lauren Boswell, Livia Wunderlich and Kellum tied the record set by the 2003 team.

Notre Dame’s 2017 defense during Wilson’s sophomore year is tied for the fourth most shutouts at 13 as Courtney Schlosser, Baumgart, Wunderlich, Williams and Haley Morris accompanied her on the back line.

In all, the Bulldogs recorded a total of 46 shutouts the last three season’s with Wilson as “the general” of Notre Dame’s defense, according to Coach Schweain. The Bulldogs had six different goalkeepers in that span, which included two Goalkeepers of the Year, Grace Powderly (2018) and Abby Rollett (2017).

“I’m a very shy person — I don’t really talk a lot and most people will tell you that,” Wilson laughed. “When I’m on the field, it’s a little different because I know I have a job to do. I think I would feel worse about not getting that job done rather than being too loud or talking too much because I know I’m only trying to help.

Wilson was rightfully honored throughout her career as she was named all-state, all-region and all-district three times, while earning all-conference honors twice. She was also named this year’s Class 2 Region 1 Defensive Player of the Year.

After Wilson and Notre Dame won a second Class 2 State Championship this year, she officially signed with Williams Woods in June to continue her playing career. The head coach from Williams Woods, Lauren Robb, contacted Wilson about playing there the week before districts.

“It was a pretty stressful time, and I had a super sweet text from the coach wondering if I had any interest,” Wilson said. “I was kind of shocked because up until recently I didn’t see myself playing college soccer at all. It was never really on my mind, and so I told my coaches because they wanted me to play college soccer. They were like, ‘Just think about it. You have time.’”

Whenever Wilson would think about playing college soccer, there were times she would be excited about the fact and then nervous thinking, “Am I in over my head?”

Wilson will tell anyone she is not much of a risk taker, so even to the days leading up to signing she was having second thoughts. She even joked and said her personality is the reason why she plays defense instead of forward.

In the end, Wilson knew she would regret not giving college soccer a chance and took some wisdom from Coach Schweain, who told her, “You have to think about whether this door opened for you for a reason.”

“I don’t think it would really be fair to myself to not give it a shot, especially after all the work I put in over the last year to be able to play soccer again,” Wilson said.

Wilson will play in her first college game next week.