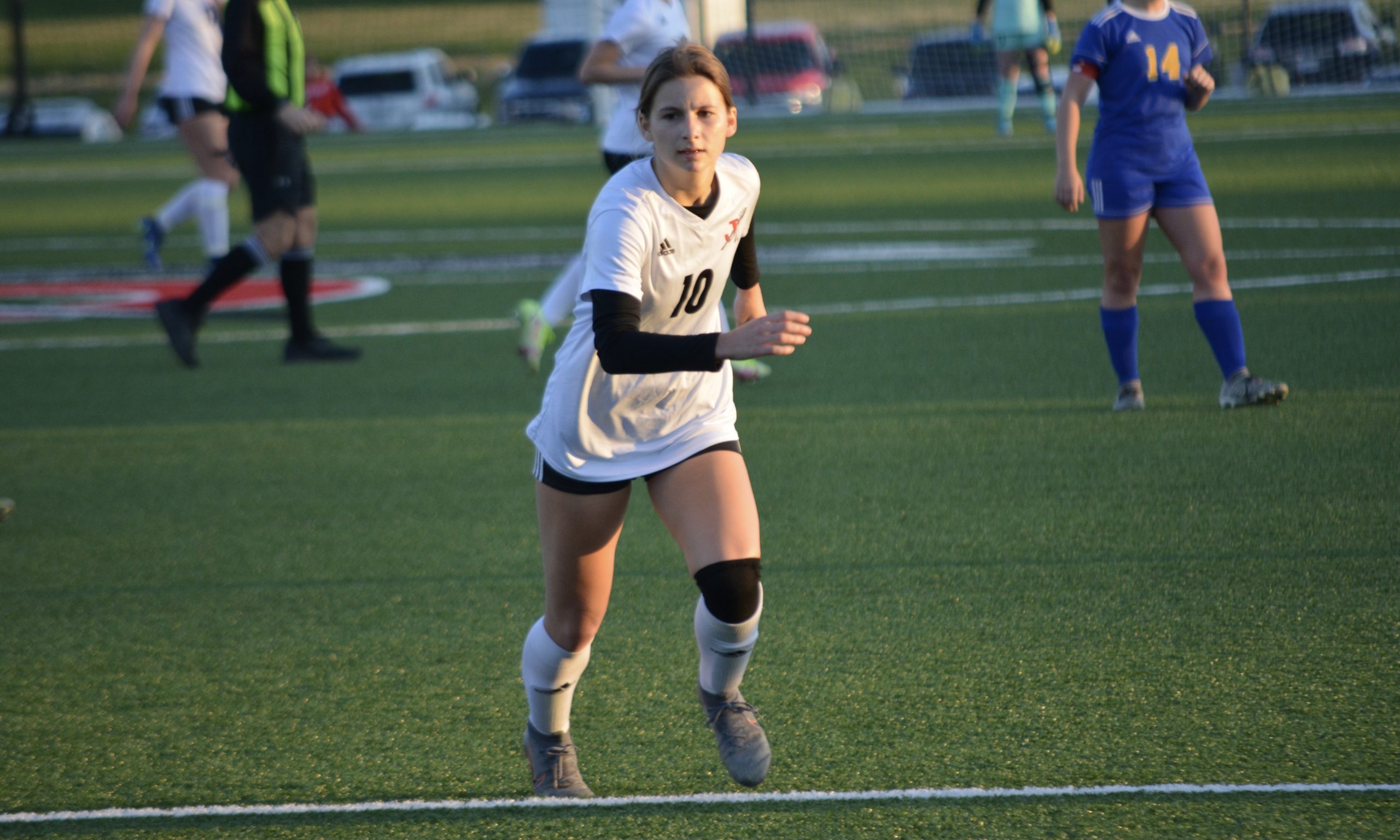 Following this girls soccer season, Jackson, Notre Dame and Saxony Lutheran combined for four all-state selections. The Indians had the most honorees with two, while the Bulldogs and Crusaders each had one all-state player.

After winning a fifth-straight district championship and reaching the Class 4 State Quarterfinals, the Jackson girls soccer team had not one but two players named to the all-state teams.

“It’s always special for our program when you can get players recognized on the highest level in the state,” Jackson head coach Justin McMullen said. “Those players worked their hearts out to reach that level, and I’m very proud of them as a coach. Well deserved.”

This was first time either player garnered all-state honors as Nelson earned a spot on the second team by leading Jackson in assists with 12, and she paced Klund in points (40) and goals (14).

Nelson, whose parents are Southeast Missouri State soccer coaches Heather and Paul Nelson, is described as by her head coach Justin McMullen as one of the most creative players he’s ever coached.

“We’ve moved Nelson around a lot — she’s probably more of a defensive midfielder, but we’ve used her in more of a attacking role for us the last couple of years,” Coach McMullen said. “She’s very versatile, and her assists total shows the balance she has as a player.”

Justi has started on varsity for Jackson since the beginning of her high school career, but she was unable to play a full regular season in 2020. This was due to the coronavirus pandemic forcing MSHSAA to cancel the spring season.

In her first full season as a starter last spring, Nelson was the Indians second-leading scorer behind current SEMO Redhawk Katelyn Miller with 36 points (12 goals and 12 assists). She, of course, added two more goals to her final scoring total this year.

“Last year, I feel like she was a little bit banged up there off and on,” Coach McMullen said. “This year and especially towards the end of the season, I really thought that Justi played very well. She’s capable of being one of the top talents in the state, and obviously her IQ comes from her family background.

“She’s actually been playing at nationals this past weekend in Seattle, so she plays at a high level all year round. She’s someone we’re really excited to have back for another year.” 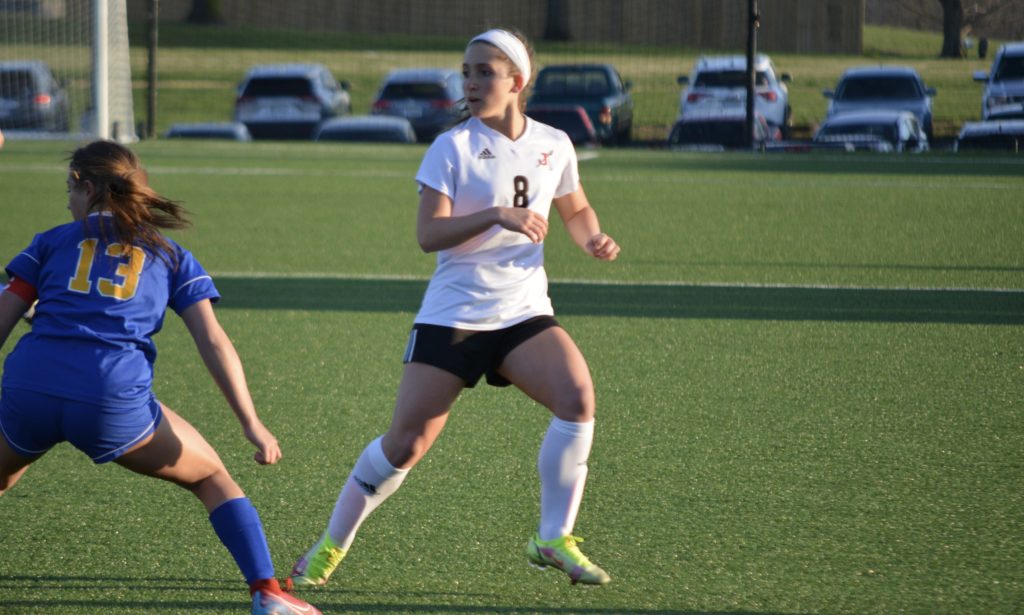 As for Klund in her final season as an Indian, she produced a team-high 45 points and 19 goals after starting the season as a defender. During Jackson’s first match, though, Coach McMullen knew he had to have a player like Klund in his team’s offense.

“We spent the majority of the preseason with Abbey playing in the back for us, but then she was our leading goal scorer all year,” McMullen said. “She’s one of those players that has a knack for finding the back of the net. She works very, very hard in order to put herself in position to be in the right place.”

Prior to this season, Klund signed a national letter of intent to continue her playing career at Southwest Baptist. Coach McMullen said that Abbey had no resistance whatsoever when she was having to play defense instead of offense.

“With the emphasis on today’s game of score, score, score mentality, some players can frown upon defense,” McMullen said. “She never once frowned upon that. She was asking questions defensively and was ready to accept that role this year.

“That speaks volumes of her character as a person and not just a player. I was really pleased with her attitude all year round.”

One of the reasons why Klund was able be Jackson’s leader in goals by five scores was from having multiple hat tricks throughout the season. While a lot of those goals were due to Abbey’s awareness of being in the right place a the right time, she also separated herself with her range.

“Abbey scored a nice number of her goals from outside of the 18, which is kind of a rarity in the girls game in particular,” Coach McMullen said. “She has that ability to shoot from range, and I will be looking forward to seeing what she does at the collegiate level. I think she’ll probably be in a midfield or defensive role more, but she was versatile enough for us to play as a forward and in the midfield as well.” 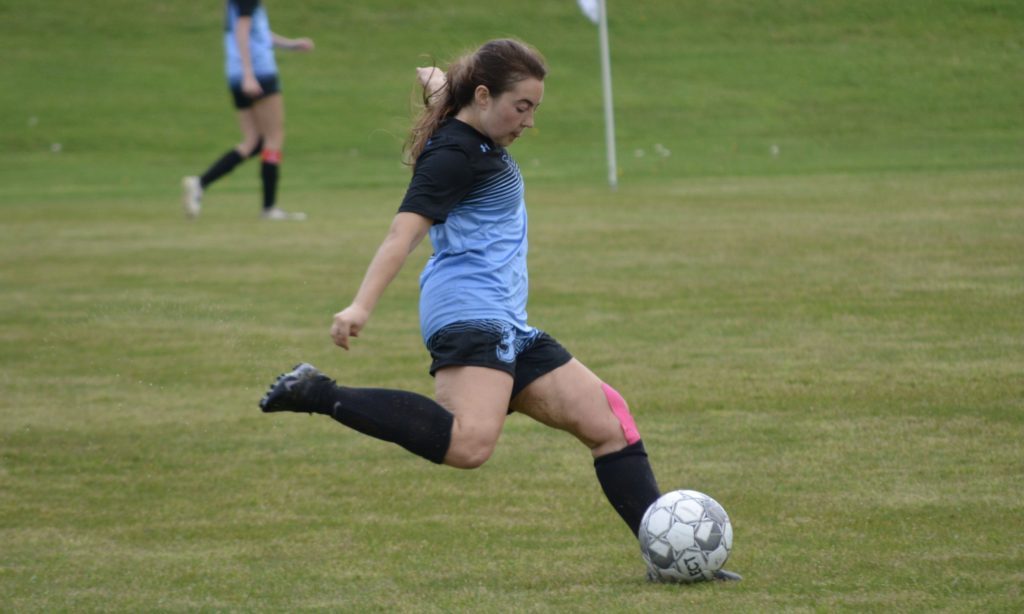 Taylor was the only player on Notre Dame besides the team’s starting goalkeeper, senior Isabel Knaup, to have played 1,400 minutes this season. Along with helping the Bulldogs record 10 shutouts, Taylor assisted Notre Dame to only allow multiple goals [no more than two] in four matches.

Kathryn was also able to contribute offensively as she scored a total of eight points by recording three goals and two assists during her final campaign with the Bulldogs.

Taylor is the first defender for Notre Dame to be named all-state since 2019. 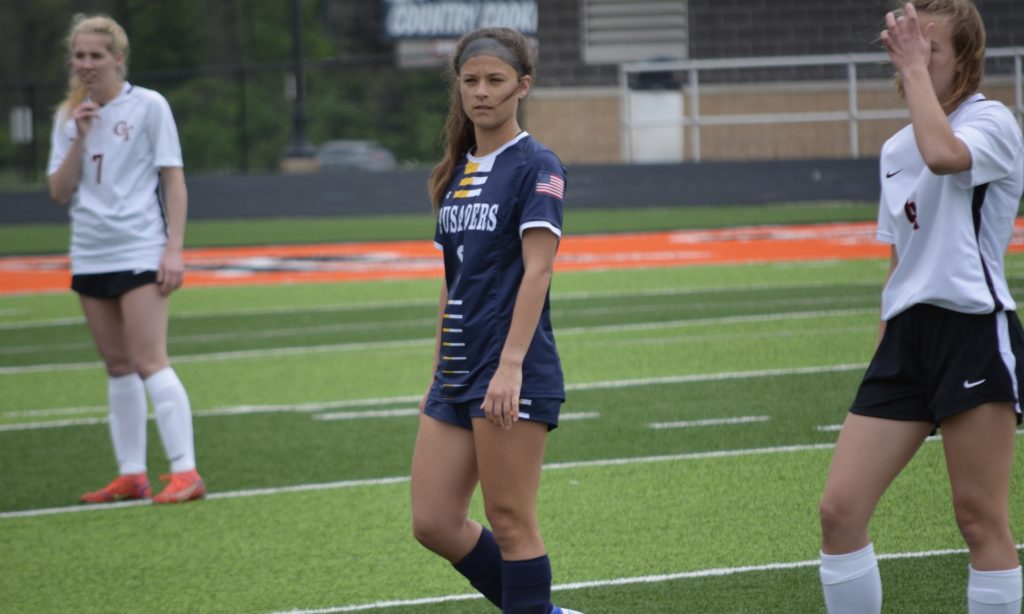 For the first time in three seasons, the Saxony Lutheran girls soccer team had a player garner all-state honors. This was none other than freshman midfielder Camille Richey, who was named to the Class 2 All-State Honorable Mention Team.

Richey is the first Crusader to be named all-state since current Southeast Missouri State Redhawk Emma Brune earned the honor back in 2019.

Brune was a three-time all-state honoree — and player of the year — but unfortunately missed her senior campaign due to the coronavirus pandemic forcing MSHSAA to shut down the 2020 spring season.

Camille became a first-time all-state recipient after producing a team-high 35 points with 14 goals and seven assists. Richey was the only freshman to be named all-state out of every player selected in Class 2.

Richey was also named to the Class 2 Region 1 All-Region Team along with junior defender Anna Mueller.

On top of that, Richey was the only freshman placed on this year’s SEMO All-Conference First Team. Saxony sophomore midfielder Annie Adams was named honorable mention all-conference.