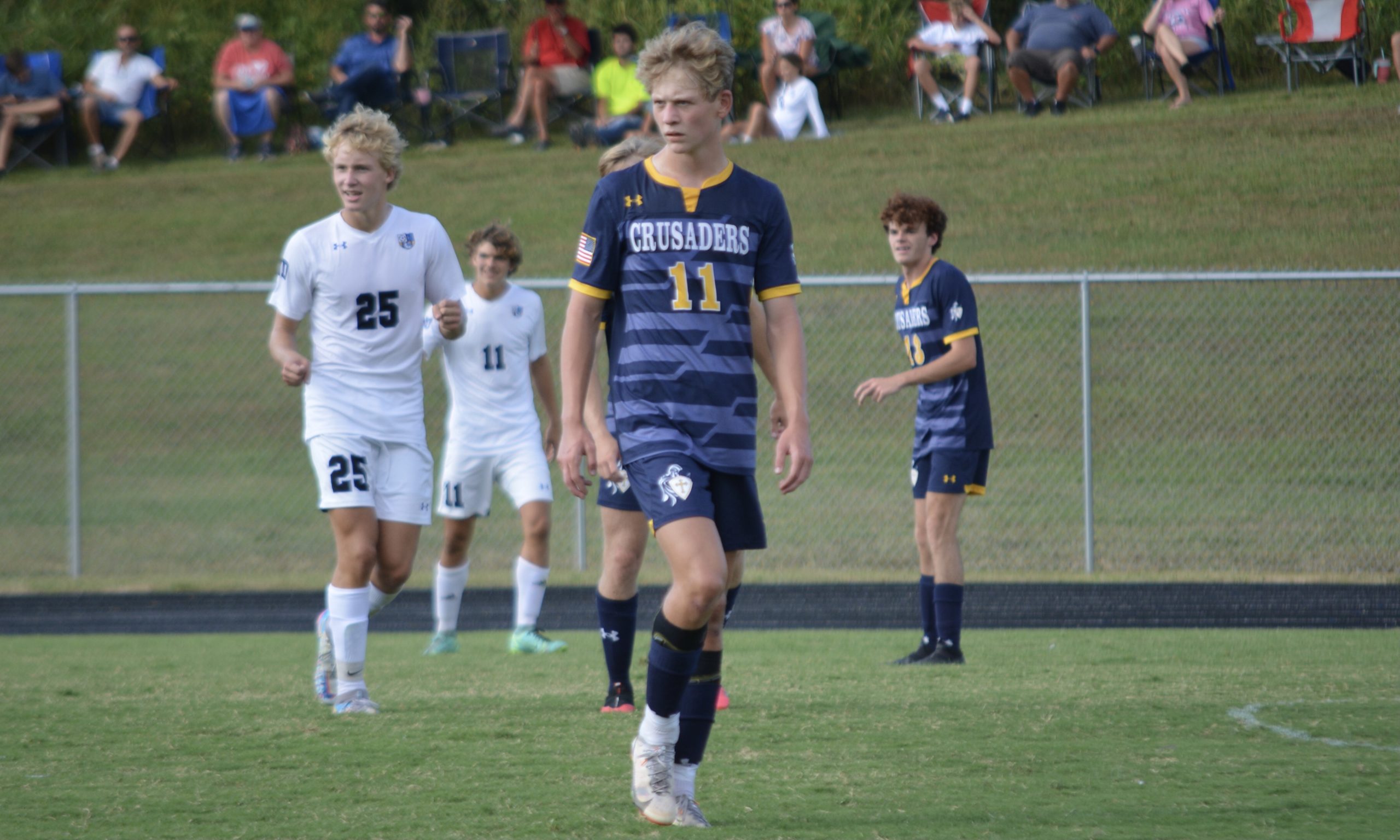 Saxony Lutheran junior defender Paul Kaufmann was named the Class 2 Co-Defensive Player of the Year. The Crusaders (13-9) defense recorded a total of six shutouts this season. Photo by Jay Forness

Following a boys soccer season that saw only one of The Cash-Book Journal’s three teams in the area make it to the final four, plenty of players rightfully earned all-state honors and a few even took home individual awards.

Along with being named first team all-state, Essner was selected as the Class 4 Co-Offensive Player of the Year with Saint Louis senior forward Stephen Saladin. Essner helped the Indians (19-8-2) reach their second-straight state final, where they were unable to repeat as state champions and fell to Rockhurst 2-0.

The Indians head coach Zack Walton was named the Class 4 Public Coach of the Year for the second consecutive season.

As for Kaufmann, he was named the Class 2 Co-Defensive Player of the Year and shared the honor with Excelsior Springs senior defender Ethan Edwards. The Crusaders (13-9) finished their season as the Class 2 District 1 runner-ups as they were beat 3-0 by the eventual Class 2 state runner-ups Perryville 3-0 in the district finals.

The third and final team to have players named all-state was Notre Dame (20-4), which had its season come to an end in the Class 3 District 1 final to Mehlville, 2-1.

Being named first team all-state for the Bulldogs was none other than junior forward Will Dodson. Also picking up named all-state honors along with Dodson were senior midfielder Blaise Kulla, senior forward Colton Neumeyer and senior defender Drew Vandeven, who were each named to the second team.

Notre Dame’s head coach Matt Vollink was named the Class 3 Private Coach of the Year for the second season in a row.