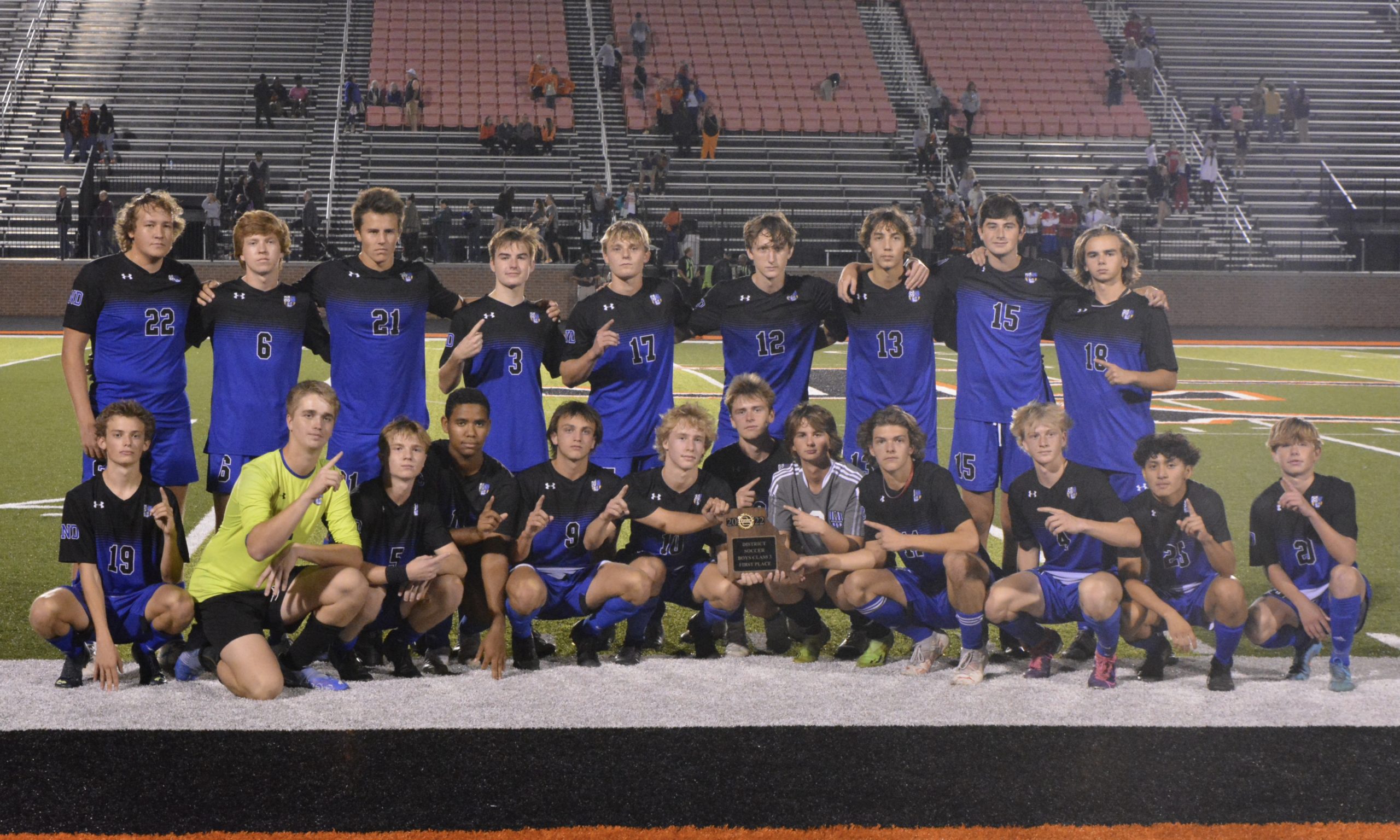 Two years removed from a state runner-up finish, the Notre Dame boys soccer team is one win away from returning to the Class 3 Final Four.

This became possible after the Bulldogs handedly won their district tournament by outscoring their three opponents 18-0. In the district finals match Thursday, Notre Dame took down Cape Central 6-0 to win the Class 3 District 1 Championship.

“Central did an amazing job — today was a game of halves,” Notre Dame head coach Matt Vollink said. “We were nervous in the first half, but our defense did an amazing job. At half, we were able to reassess and talk about what we needed to do.”

The game was scoreless after the first 40 minutes of play where the Bulldogs barely had possession and the Tigers nearly scored on several occasions. However, Notre Dame’s defense led by junior defender Luke Richey and junior goalkeeper Thomas Southard never faltered.

“Southard has no idea how important some of those saves were in the first half mentally for us and also for Central, ‘He saved another one. He saved another one,’” Coach Vollink said. “We talk about how our defensive unit is a team within a team, and they’ve really come together. They’ve been able to understand second nature where they need to be.”

Accompanying Richey in the back line this season has been senior Michael Huston and junior William Thurston and Charles West. Notre Dame’s defense has recorded 12 shutouts this fall.

In the second half, the floodgates opened for Notre Dame as it scored six unanswered goals with senior forward Will Dodson coming up with a hat trick. Will scored his first goal in the 46th minute, while fellow senior forward Cole Bruenderman made it a 2-0 game three minutes later.

“For us watching, we were hanging high and hoping for that one ball to just get in behind and go,” Coach Vollink said. “We talked about how we had to bring our forwards back to receive the ball because they’re big threats. The midfield had to work harder to get up and down the field, defend and shut them down quicker.

“Once we started shutting them down, we started getting those forwards to their feet and not being so desperate — to be a little more calm. The wheels started turning and good things happened.”

Bruenderman and Dodson, who have been friends since they were three-years-old and playing soccer together for years, have been far and away Notre Dame’s top-two leading scorers this fall.

“The chemistry was there already, so we had a chance to come out and prove it on the soccer field,” Dodson said. “I think we just link naturally, and if you look at the numbers, they kind of stand for themselves. There are a lot of goals and assists between the two of us, and with the rest of our team.

“We’ve linked together and link together with the rest of our team super well, and I think the team morale and team chemistry is all coming together.”

Scoring the final goal of the game was Dodson as he kicked the ball in mid air off a back flip to propel Notre Dame to a 6-0 win for its fourth district championship in the last five seasons.

Dodson brought up the fact of how he and most of the players on this year’s team were on the squad last year when the Bulldogs fell to Mehlville 2-1 in the district title match. That would’ve been Notre Dame’s fourth-straight district championship.

“We wanted revenge for that one, so we came out and started a little slow, but we lit the fire in the second half,” Dodson said. “We just got after them. Growing up, I’ve always been super competitive, and I know a lot of my teammates are the same way. I’ve seen us through wins, and I’ve seen us through losses, so I know how much we all hate losing. Having another chance to get one back feels good.”

It was a fitting second half for Dodson to score a hat trick since he became Notre Dame’s all-time leading goals scorer in only his sophomore year. Will is not going to play college soccer, though, so he’s cherishing and making the most of every last moment this season.

“When that day finally comes, there will definitely be some tears, but for now all of us seniors are using that as a driving force that we don’t want to be done yet,” Dodson said. “We’re going to keep pushing and see how far we can go.”

The Bulldogs (17-6-1) will face Webster Groves (18-3-3) in the quarterfinals Saturday. Notre Dame fell to the Statesmen 6-1 earlier this season in the title game of Notre Dame’s SoccerFest.