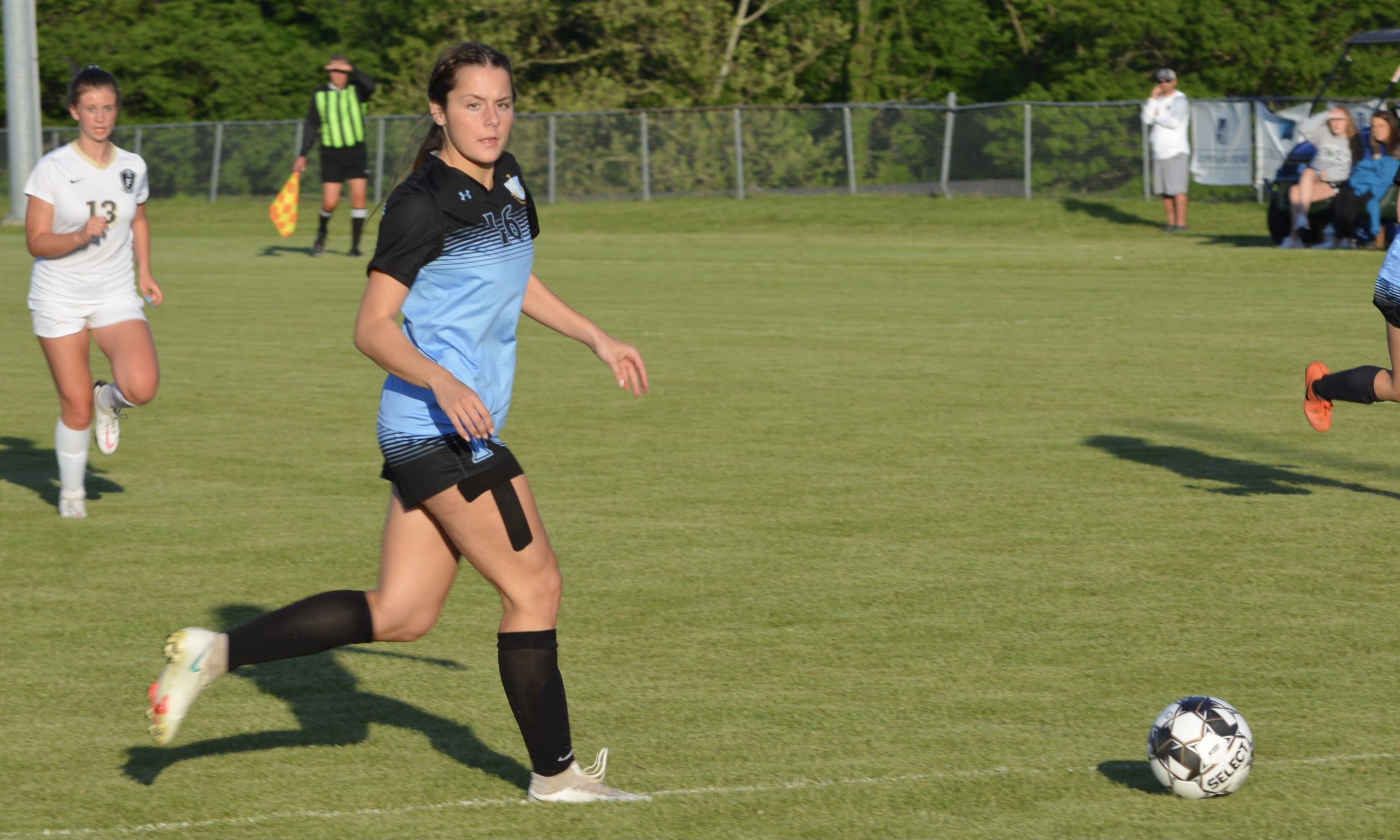 Notre Dame girls soccer has been not only one of the top programs in Southeast Missouri for the past four seasons but also throughout the entire state. The Bulldogs made three-consecutive state championship games from 2017 to 2019, coming away with two state title plaques.

Notre Dame and every other spring team in Missouri didn’t get a 2020 season due to the coronavirus pandemic, but they still managed to only lose three games last spring and reached a fifth-consecutive district final.

However, the Bulldogs weren’t able to win what would’ve been their first-straight district championship as they were bumped up to Class 4. This was because of MSHSAA’s new success-multiplier for private schools.

Notre Dame ended up falling to crosstown rival Jackson, 2-0, in the Class 4 District 1 title game, and the team graduated a total of 12 seniors from last spring’s squad. This means there will be an array of new faces on the pitch for the Bulldogs this season.

“I think we’re still working on that cohesion and jelling together,” Notre Dame head coach Ryan Schweain said. “We have a good mix of players — some upperclassmen and underclassmen, so we have a good mixture of age. So far everything is going well, but I think we have some areas to work on. We’ll see where that takes us.”

There will be some very familiar faces returning for Notre Dame, though, in senior forward Allie Buchheit, senior defender Kathryn Taylor and senior midfielder Victoria Hurley.

Buchheit has been one of Notre Dame’s mainstays offensively for her entire career. Allie scored the fifth-most points in single-season program history as a freshman with 61 (22 goals, 17 assists) in 2019.

The only player who scored the most points ahead of Buchheit in a single season for Notre Dame happens to be 2019 graduate Megan Heisserer, who now currently plays Division-I soccer at Southeast Missouri State. She had point totals of 137, 86, 79 and 76 to be Notre Dame’s all-time leading scorer with 378 career points.

On top of leading the program to two state titles, Heisserer was a two-time Class 2 Player of the Year.

“Allie has had a great start to the season — she battled with an injury most of last year,” Coach Schweain said. “It’s obvious in her play and work ethic in practice, so I think she’s really going to be a boost for us — a big boost that we need. Allie is our vocal leader, and she kind of helps me on the field as a captain there.

“With Allie having her sophomore year taken away from her and having an injury last season, I think she’s extremely hungry. Hopefully her drive pulls the team to go in the same direction.”

Schweain said Buchheit is the caliber of player who could easily compete at the collegiate level if she so desired. “She can play in the mid, outside — she’s just that type of player that wherever I need her, she can always produce results,” Schweain said.

One of the starters the Bulldogs lost to graduation from last season’s team was forward Hannah Miller, who is now playing soccer at Kaskaskia College. Miller and Buchheit both helped Notre Dame win a state championship in 2019.

Even though she also had her 2020 campaign taken away from her because of the coronavirus pandemic, Miller finished as the Bulldogs fourth all-time leading scorer with 142 points. She also finished with the fifth-most goals (50) and third-most assists (42).

What Coach Schweain likes about his forwards this season is that they have a nice mixture of speed and skill. He also feels like there are some quality finishers, but it all depends on whether or not they can finish.

“That’s one of the aspects we’re working on currently,” Coach Schweain said. “… Chemistry is an integral part of the game. Teammates that know each other’s strength and weaknesses is crucial. That they want to get along, work together and help each other. That support from your teammates is so important.”

Buchheit’s twin sister and fellow senior forward Sydney Buchheit will play on the outside mid. Coach Schweain said Sydney leads the team by being a positive person, so she always helps build up her teammates.

As for Taylor, she helped the Bulldogs defense record nine shutouts and only allow a total of 13 goals all of last season. Also returning as a starter to Notre Dame’s backline are juniors Kristin Anderson and Karly Kasten.

“Taylor is an incredible defender — she’s tough, and she’s a work horse,” Coach Schweain said. “She reads plays very well and the timing of her tackles is usually spot on. She’s fast and aggressive, so she’s tough on opposing forwards that’s for sure.”

Hurley will split time between playing the midfield and at forward, and Coach Schweain describes Victoria as more of a quiet leader.

Joining Hurley in the middle of the field will be junior Anna Garner, who just helped the girls basketball team make a fourth-straight state quarterfinal appearance and was named to the SEMO All-Conference Team. Garner saw plenty of playing time on the pitch last season, so she’s very comfortable at the varsity level.

“Anna is extremely athletic, and she works extremely hard,” Coach Schweain said. “She’s the type that gets after it and gives 100% every game.”

There are a few spots up for grabs in the midfield and are being battled for by freshman like Mya Shaffer, Skylar Craft and Addison Clippard.

“They battle for everything in practice, so we have a lot of competition drills up against each other,” Coach Schweain said. “Games come into play as well — how are they competing in games?”

Another senior on this year’s team will be Isabel Knaup, who is taking over at goalkeeper for former Bulldog and 2021 graduate Caroline Lochmann. Loch-mann finished third all-time in career shutouts with a total of 25.

Even though this is Knaup’s first season in the goal at the high-school level, Isabel played the position when she was younger. Therefore, Knaup already has the framework to play goalkeeper.

“She’s really done some good things early on — she’s really stepped into that role and is vocal, which is a great thing out of the back,” Coach Schweain said. “With her having some history playing goalkeeper she’s not brand new, which is good. I think her being so vocal she’s going to get better as the season progresses. The more game experience that she gets, she’ll improve.”

Schweain believes that this year’s team has the potential to have postseason success with the room for improvement that exists.

“I think the talent is there — it’s just all about finding ourselves,” Schweain said. “I would say since there are so many new players that we need to develop chemistry everywhere quickly. I think so far for the three weeks we’ve been together, it’s happening. It just takes time and more games under our belt before we get there.”