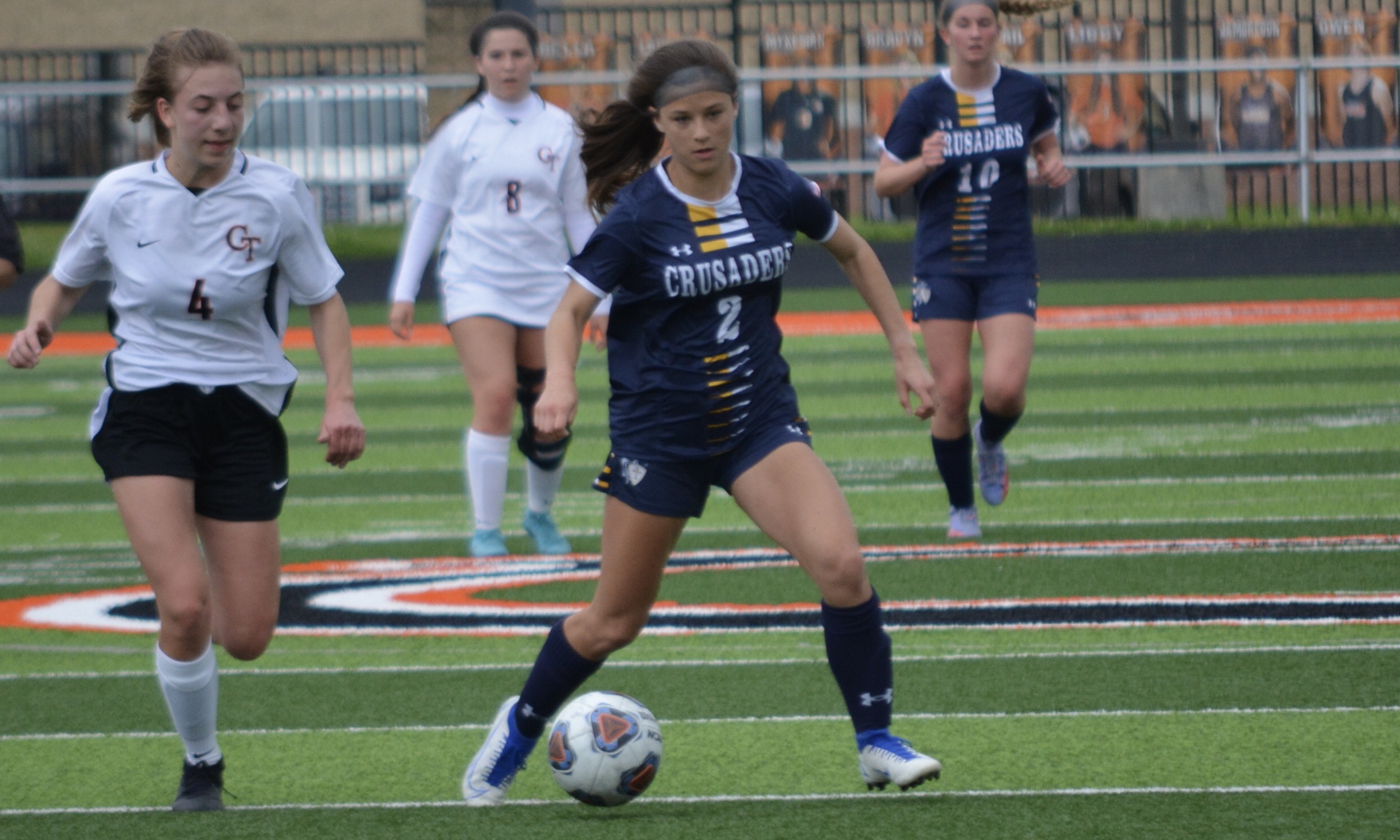 This was after the Crusaders had been shutout 1-0 in the first half, where Coach Crawford said his team wasn’t playing nearly as aggressive as they did to finish the match.

The last 40 minutes was where Saxony scored both of its goals as freshman sensation forward Camille Richey came up with the first off a free kick.

Richey did so by applying pressure on Cape’s goalkeeper during a free kick, which forced the Tigers goalie to drop the shot. Camille then had a wide-open shot on the goal after she dribbled the dropped ball away from Central’s goalkeeper for the score.

“She is tough — I tell her that all the time,” Coach Crawford said. “If I was a player, I would not want to play against Camille Richey for the simple fact that she’s never away from you. She’s like a gnat at a barbecue — she’s always there and annoying you.

“Then she has the skill, confidence and physical ability. She’s very opportunistic, and she’s not going to give up on a ball. If you make a mistake in front of her, she’s going to make you pay.”

Richey’s goal came in the 45th minute to tie the match at 1-1, but the Tigers (10-9) scored another goal four minutes later to regain their lead. Central produced another goal at the 56-minute mark off a corner kick to go up 3-1.

Scoring the Crusaders second and final goal of the match was junior Ava Perry from an assist by senior Brynn Sprengel, who actually had an open shot herself. However, Sprengel felt Perry’s opportunity was the better scoring attempt.

“Brynn had the ball in the middle of the field, and when she came to the sideline she told me, ‘I was going to shoot it, but I saw Ava making a run, and I felt like that might have been the better shot for her,’” Coach Crawford said. “As a senior leader, you always want to score a goal. For her to be like, ‘That’s a better shot,’ realize that and make a phenomenal pass — a world-class pass off her left foot — was just great.”

Perry’s goal to make it a one-score game at 3-2 came in the following minute of the Tigers final goal of the match. Despite getting off a few more shots on goal before the conclusion of the match, Saxony ended up suffering its 11th loss of the year.

Back on April 19, Saxony fell to Fredericktown by only one goal at 3-2. The Crusaders will take on No. 5 seed Affton (10-7) in the district quarterfinals on Saturday.

“Our district is stacked,” Coach Crawford said. “I think we’re ready, though.”