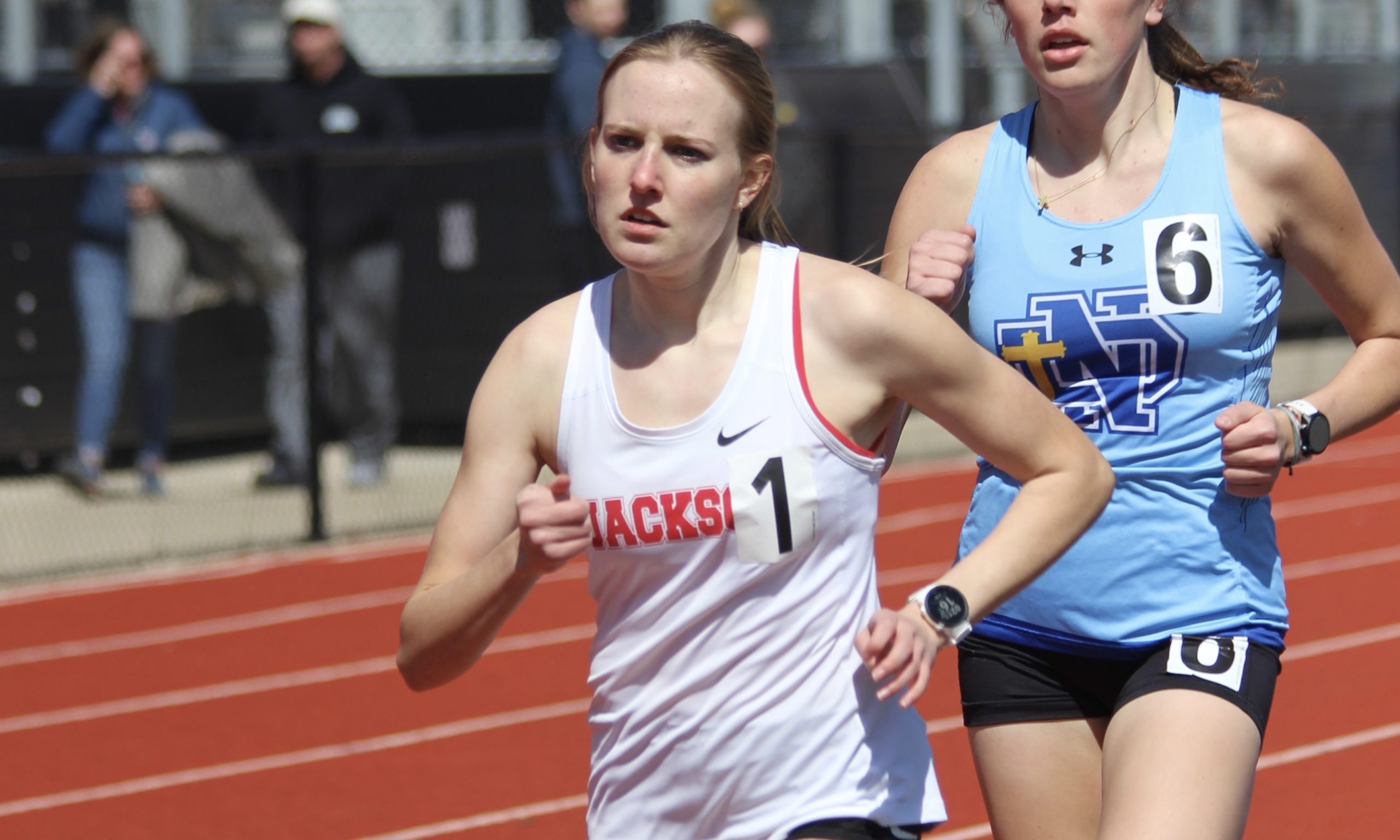 Last week on the road, the Jackson boys and girls track and field teams traveled north to Festus for the annual Tiger Town Invitational, where both squads placed in the top three overall.

The Indians took second on the girls side and third in the boys meet as Jackson’s girls team won a total of six events. The boys team for Jackson came away with three first-place finishes and one runner-up.

Winning not just one but two individual events for the Indians girls team was none other than senior Layla Fliege as she won both the 800 and 1600-meter runs. She did so with times of two minutes, 23.55 seconds in the 800 and crossed the finish line at 5:19.01 for the 1600.

The two other first-place finishes for Jackson’s girls team were in the field events as junior Lillian Gibbs won the javelin throw with a heave of 109 feet, four and a half inches. Indians sophomore Felicity Pingkian was the final gold medalist for the Jackson girls team as she won pole vault with a 11-0 mark.

Back in the Northwest Invitational, junior Briaysia Purl took second overall in discus at 100-5. Another top-three finish for the Jackson girls at Northwest was by junior Stormee Rutherford in shot put at 31-10.

Taking first place for the Jackson boys was the field event trio of seniors Nolan Chrusciel, Collin Havill and junior Tony Terry. Chrusciel won discus with a 148-6 heave, Havill took pole vault at 13-5.75 and Terry earned first in shot put by throwing a 53-8.

Havill also took first in pole vault at the Northwest Invitational on April 9 with a vault of 13-11, where Chrusciel placed second overall in discus (135-6).

Fellow pole vaulter junior Braeden Cain placed second behind Havill in the event with a vault of 12-5.25 at Northwest. Sophomore runner Bryce Gentry also placed in the top three for the boys at Northwest by taking third in the 3200 (9:53.91).

The lone second-place finish for the Indians boys team at the Tiger Town Invitational was junior Conner Matthews, who did so in high jump with a leap of 6-1.5.

Jackson now has two more meets until the SEMO Conference Meet scheduled for the end of the month. The Indians will then only have one more until districts (May 14) after conference, which is the Hillsboro Invitational on May 6.