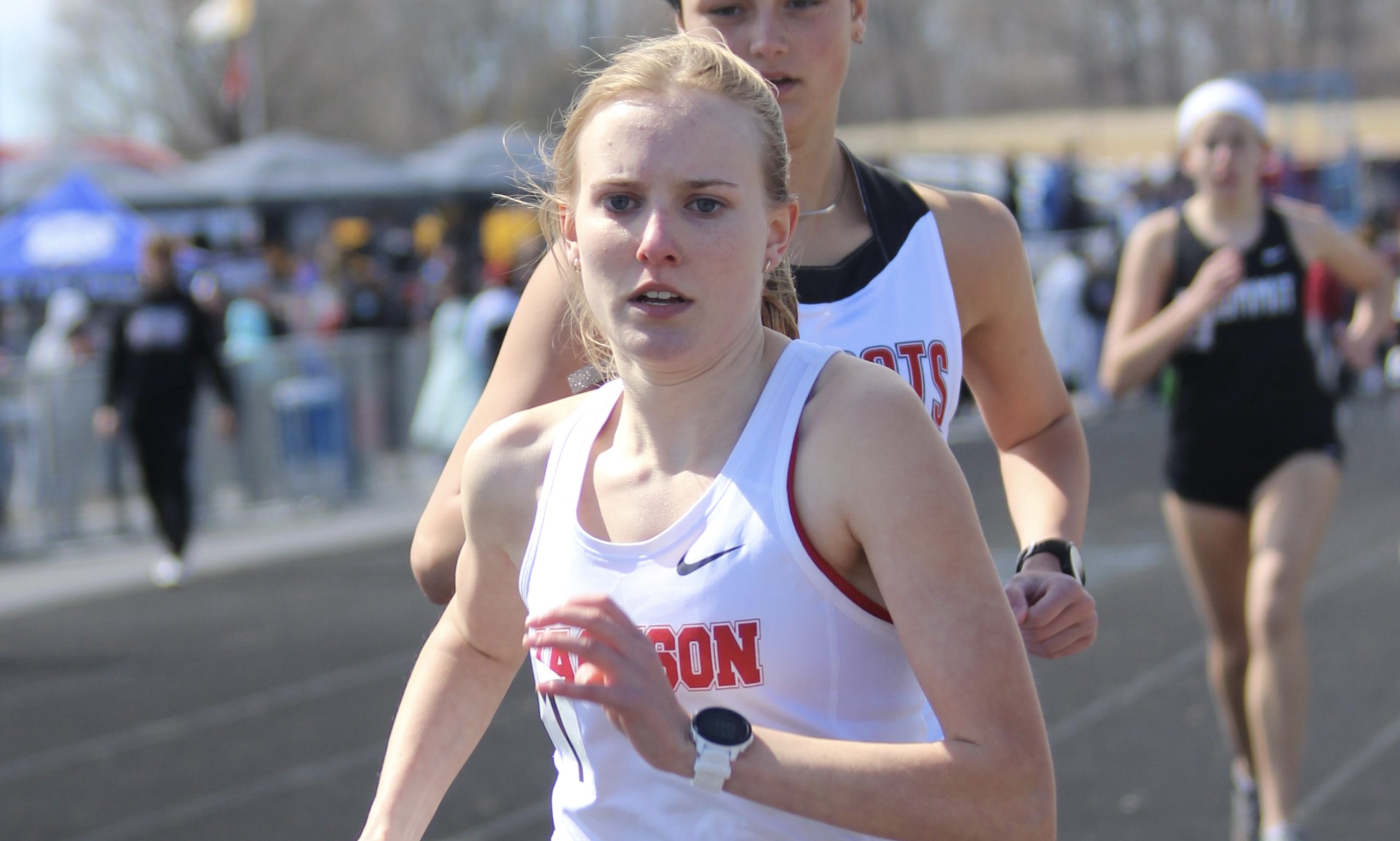 This past weekend, area track and field teams traveled north to compete in the McCullough-Douglas Invitational hosted at Festus, which resulted in multiple eight first-place finishes between Jackson and Notre Dame.

Both the Bulldogs and Indians each came away with four gold medals as Jackson senior Layla Fliege and Notre Dame junior Cole Bruenderman each won two events.

Fliege, who has already signed to continue her career as a runner at Southeast Missouri State, won both of her events on the track. Individually, Layla took first in the 800-meter run with a time of two minutes, 24.23 seconds.

Even more impressively, though, Fliege helped lead the 4×800-relay team to win its race by recording the fastest time among any 4×800 girls team in Missouri this season with a mark of 10:06.9. Layla is accompanied on the team by fellow seniors Brooklyn Burgess, Addie Heisserer and junior Mallorie Metzger.

Another one of Jackson’s gold medals was also won on the girls side as sophomore Felicity Pingkian took first in pole vault with a jump of 10 feet, six inches. The Indians also won pole vault on the boys side as senior Collin Havill won event at 13-0.

As for the Bulldogs, Bruenderman won both the long jump and triple jump events. He did so by recording leaps of 21-4 in long jump and 42-4.25 to win the triple jump. Notre Dame junior Greg Dennis also won his respective event for the boys team as he took first place in high jump at 6-4.

As for the Notre Dame girls, junior Jenna Givens won her second-consecutive gold medal in triple jump this season with a mark of 36-4.5.

Saxony Lutheran also competed in the invitational, but the Crusaders didn’t manage to win any events. However, Saxony did have three second-place and one third-place finish.

Crusaders senior Anna Thomason took second individual in two events as she recorded a time of 17.25 in the 100-meter hurdles. Thomason took to the field and finished second in high jump with a leap of 4-8.

Other Indians to place in the top three at the invitational were senior Nolan Chrusciel, junior Tony Terry, senior Josh Wehrenberg, junior Briaysia Purl and the boys 4×800-relay team.

Moving back to Notre Dame, Dennis had two more top-three finishes outside of winning high jump. He was third in the 110-meter hurdles (16.88) and helped the 4×100 team with Bruenderman, junior Davis Dow and sophomore Jake Brown take second overall (45.74).

The final top-three finishers for the Bulldogs came on the girls side as sophomore Lauren Eftink placed second with a time of 2:29.25.

More notable performances for the Indians include Metzger’s fourth-place finish in the 400-meter dash (1:02.34).

The Notre Dame girls had one fourth-place finish in junior Emma Steimle, who did so in discus (98-7.5).