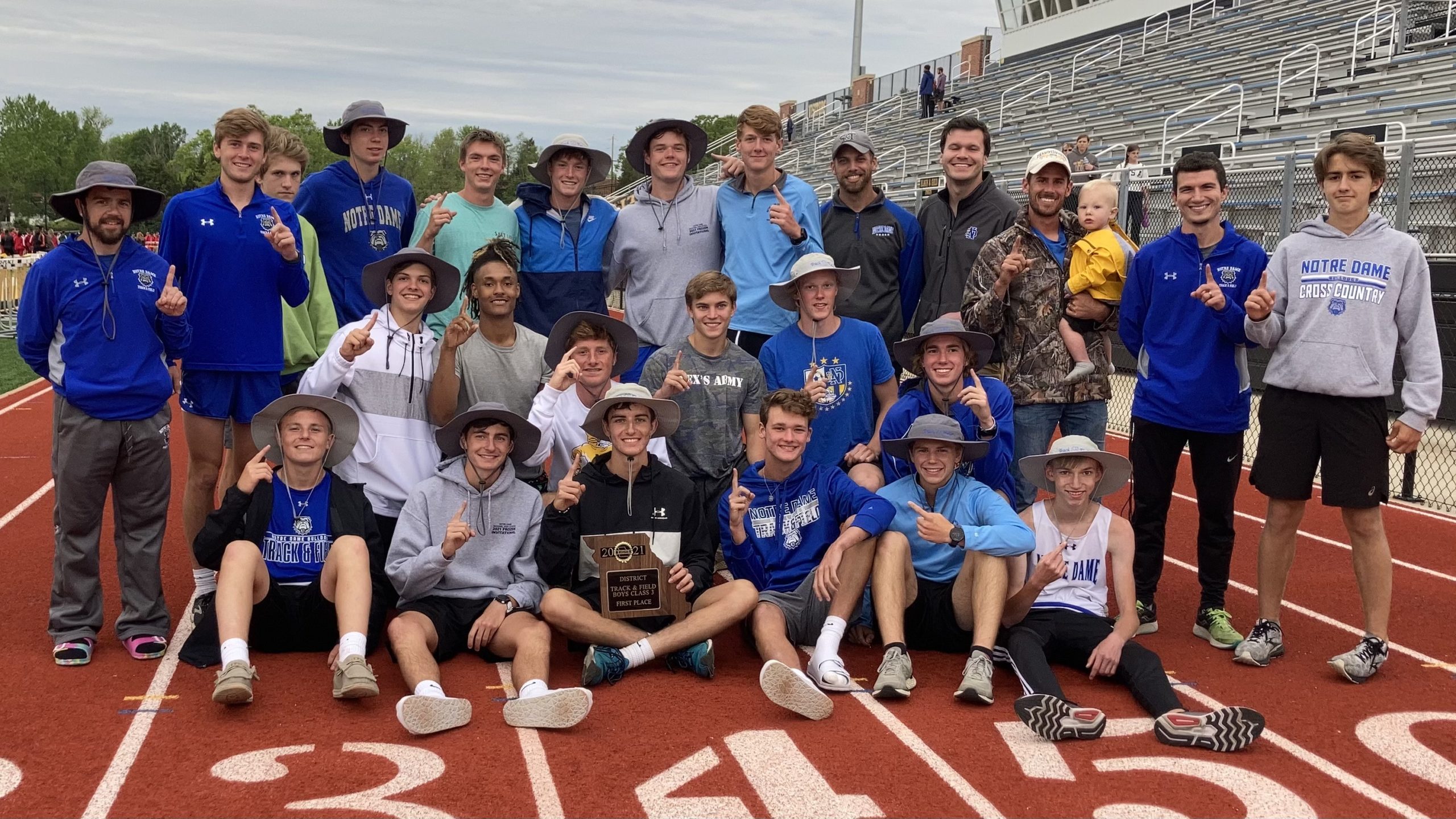 For the first time in program history, the Notre Dame boys track and field team was able to win a district championship. The Bulldogs did so by winning five events and scoring 144 points to take home the Class 3 District 1 Championship.

Notre Dame’s boys team also qualified for sectionals in 12 events by placing in the top four a total of 15 times.

Leading the Bulldogs to three of their wins was senior Evan Bruenderman, who won the district title in triple jump at 44 feet, two inches. The Saint Louis signee was also on the first-place 4×100 (44.48 seconds) and 4×200-meter relay (1:31.83) teams.

One of the girls team’s wins was by sophomore Jenna Givens, who became a Class 4 District 1 Champion in triple jump with a mark of 36-1.25. Givens has yet to be dethroned in triple jump as she’s taken first in every competition this spring.

On all three of those relay teams with Givens was senior Lauren Brown and junior Leah Jansen. Jansen qualified for sectionals individually by taking third behind Givens in the triple jump at 33-8.75.