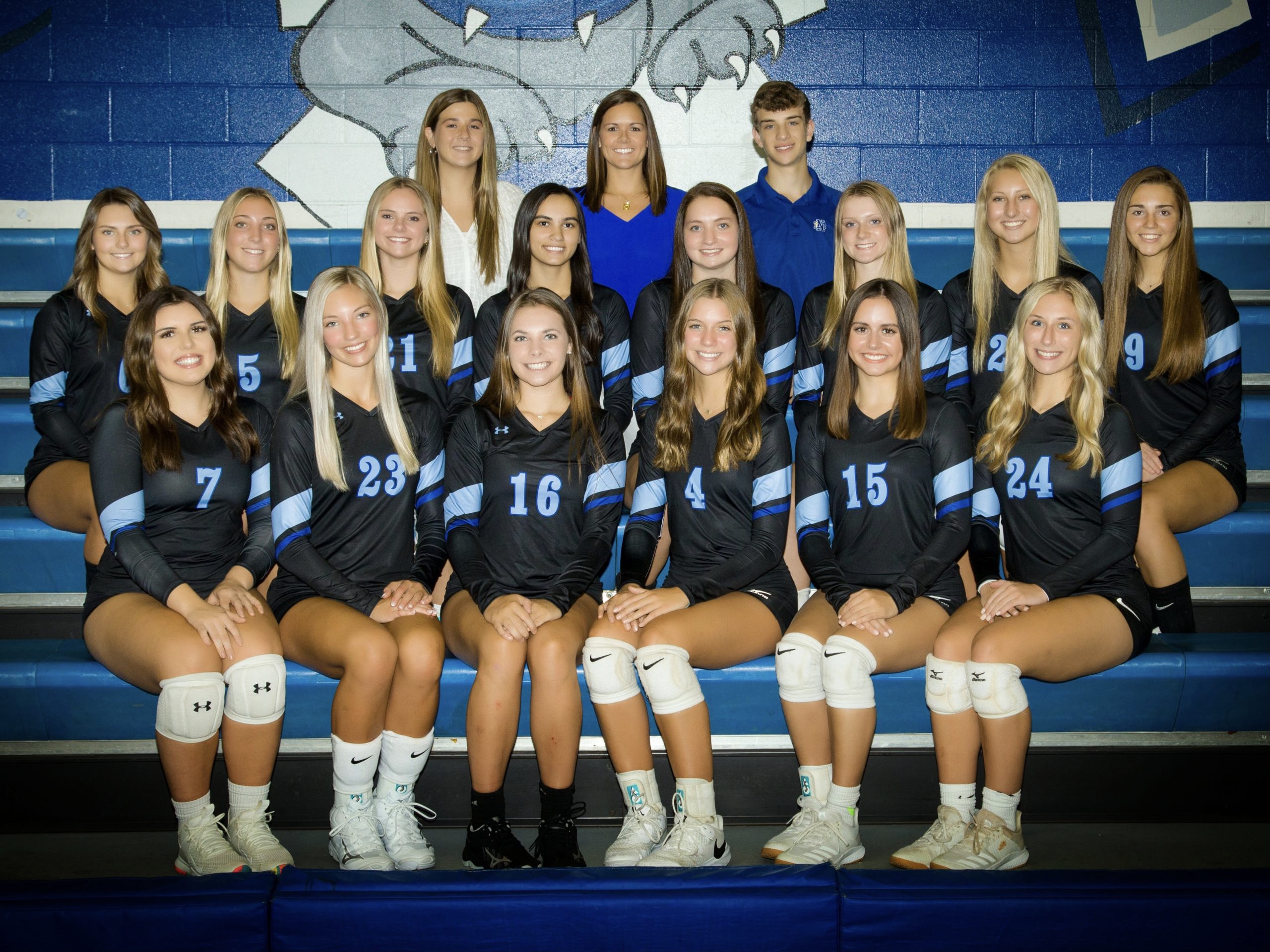 The Notre Dame volleyball team was able to reach its second Class 3 District 1 Championship match in three years last fall, but the Bulldogs fell short once again of winning their first district title since 2015.

Even though Notre Dame came up short of its ultimate goal, the team’s 2020 campaign proved the program is back on the rise. The Bulldogs recorded their most wins since 2016 with an overall record of 24-11-2 while also winning the Dig For Life Tournament. The loss in the district finals came at the hands of Dexter in the fifth and final set of a back and forth contest.

“I feel really good about this season, and I think the girls are hungry for [a district title],” Notre Dame’s fifth-year head coach Meredith Brinkmeyer said. “These seniors know that pain of how close they were, so they’re ready and working hard for me.

“They know how it feels to win and how it feels to lose those crucial games. To see and feel that excitement of winning the Dig For Life Tournament last year, they’re ready to go.”

Four of the six senior Bulldogs on this year’s team played in at least 86 of the team’s 98 sets last fall. One of those seniors for Notre Dame is none other than the team’s 2020 leader in kills and returning leader in digs Rylee McClintock.

McClintock was the only Bulldog to record 200 or more kills last season at 284 with a kill percentage of 44% on 646 attempts. Defensively, McClintock was second in dig’s to 2020 graduate and libero Delaney Dohogne with 467 of her own to Dohogne’s 755.

“Rylee is focused. She’s been playing varsity since her freshman year without a district title, so she’s hungry for it,” Brinkmeyer said. “She puts in a lot of work in the offseason, which a lot of the girls do. She also tries to keep everybody motivated in practice to work hard.”

Another senior returning with McClintock in the front row will be Lexi Rubel, who finished fourth in kills behind Rylee and 2020 graduate Abigail Hulshof with 162. Rubel also recorded an impressive 49.7 kill percentage on her 326 attempts.

Rubel, who is a two-sport athlete for the Bulldogs as she’s a two-time all-state selection in basketball, was Notre Dame’s leader in solo blocks last season at 24. Lexi assisted on 34 blocks for a total of 58, which was seven less than the team’s blocks leader in 2020 graduate Mary Catherine Young.

“Honestly, I’m so excited to see what Lexi can do this year,” Brinkmeyer said. “Yes, her main sport is basketball, but the way she’s came in this season — I feel like it’s night and day different. She’s ready to go.”

Rubel has helped Notre Dame bring home not one but three district titles as a member of the basketball team and led the program to the Class 4 Final Four as a sophomore. Much like during the winter, the 6-footer will be joined by her younger sister 6-foot-1 junior Tori Rubel in the middle of the front row this season.

The Rubel Duo, or as Coach Brinkmeyer likes to call them, The Twin Towers, both received an offer from UT Martin this summer to continue their basketball careers. Brinkmeyer said she enjoys having multi-sport athletes because of all the different experiences they have competing.

“Tori got to play in some games as a sophomore last year, and I expect her to do big things in the middle with her sister,” Brinkmeyer said. “I’m hoping Lexi and Tori are hard people to stop offensively but also getting a big block up there helps us out on defense. They can do a lot of good things for us.”

Tori Rubel only played in a total of 11 sets coming up from the junior varsity squad last fall, but she managed to record 45 kills on 88 attempts for a team-high kill percentage of 51.1%.

Another player stepping up in the front row will be senior Shelby Renner, who played in 43 sets last year and recorded 51 kills.

Setting the ball will be seniors Sarah Brennan and Claire Jones, who each recorded 400-plus assists last fall. Jones led the way with 450 as she played in all of the team’s 98 sets, while Brennan paced her with 448 of her own through 86 sets.

“When I can bring back two awesome setters, it makes me very happy. With Sarah and Claire, they’ve had experience,” Coach Brinkmeyer said. “The seniors that I have gel well together, and they’re very competitive, so they like to push each other.”

Moving to the back row, Notre Dame’s sixth and final senior Brooklyn Greaser will primarily play defense with juniors Kristin Anderson and Anna Garner. Greaser and Garner are battling for the role of libero left by Dohogne.

“They both bring very good things to the table,” Brinkmeyer said. “Brooklyn is a very good leader and has been working hard. Anna has played libero for us on J.V. and is very quick, so I have confidence in either one.”