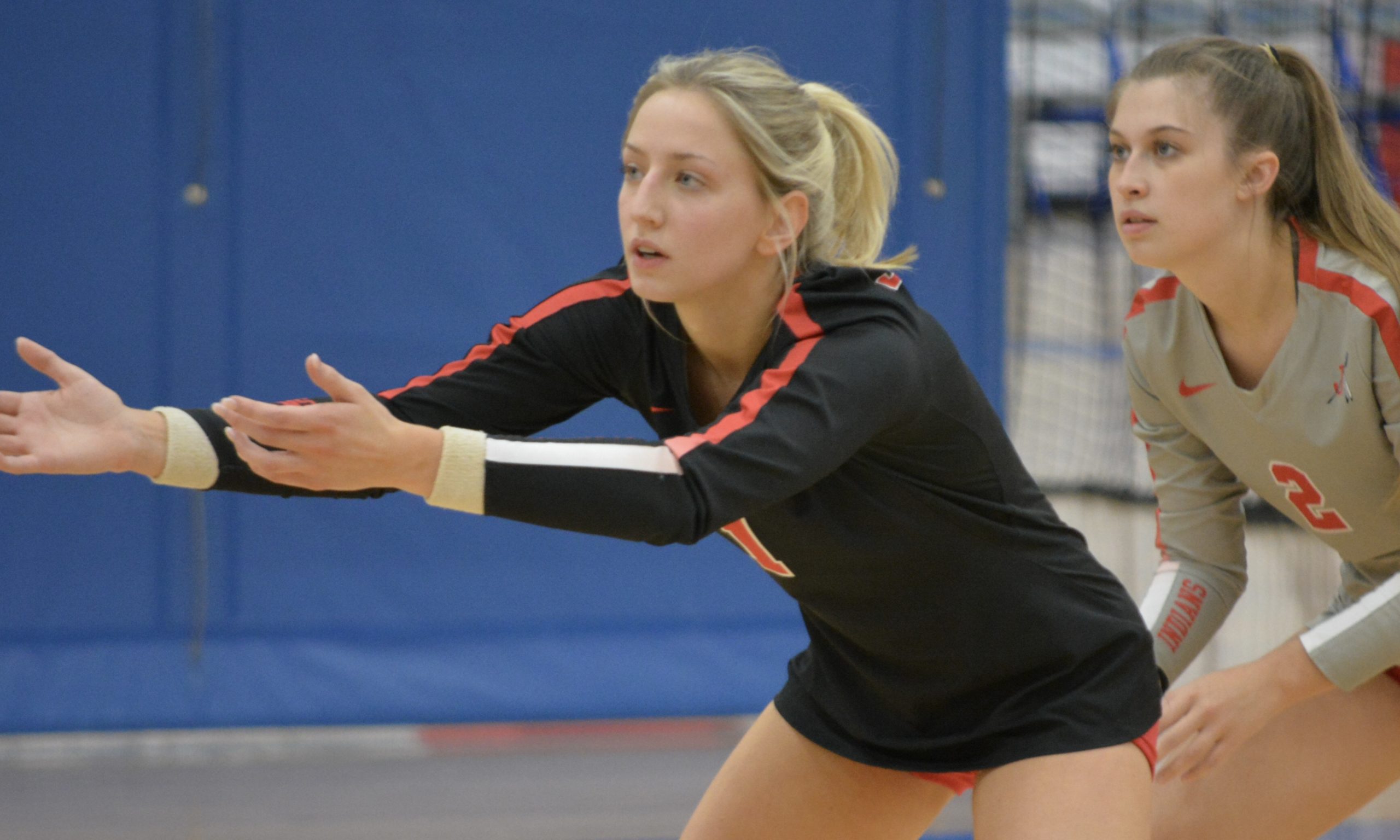 After sweeping the SEMO Conference by winning both the regular season and tournament championships, Jackson volleyball (31-5-4) won all of the conference’s top awards and had six players earn all-conference.

Taking home SEMO Conference Player of the Year honors was Indians junior libero Holland Guilliams, who led Jackson in digs (389), serve receptions (663) and serve percentage (97.2). Guilliams, who was also named the conference’s libero of the year for the second-straight year, recorded the third most service points (203) and fourth most aces (37) and assists (78) for the Indians this fall.

Winning SEMO Conference Hitter of the Year was Jackson sophomore outside hitter Katy St. John as she broke her home single-season program kills record by notching 401. Along with leading her team in kills for the second-straight year, St. John was also third in hitting percentage (.349) and fifth in total blocks (34).

The final individual player award went to Indians senior setter Kamryn Link, who took home the SEMO Conference Setter of the Year award. Link led Jackson in assists with a total of 707 this season, while also placing in the top five for total blocks (4th with 47), digs (5th; 126), aces (5th; 36) and service points (5th; 159).

Link was the only award winner not named first team all-conference as two other Indians earned the honor with Guilliams and St. John. These were Jackson juniors middle blocker Nadia Wasilewski and outside hitter Ella Domian.

Wasilewski led the Indians in three categories this season, which included total blocks (83), aces (53) and service points (217). Nadia was second on the team in hitting percentage (.353), third in kills (243) and fifth in serve percentage (88.0).

As for Domian, she recorded Jackson’s top hitting percentage at .405, while being second overall in kills with 271 and third in total blocks at 55.

The sixth and final Indian to earn all-conference was junior outside hitter Sydnie Floyd, who produced the fourth-most kills with 189 and fourth-best hitting percentage with a .281.

Notre Dame (23-8-4) had six all-conference selections as well, though, after being the only team to win a set over Jackson in the conference tournament.

Anderson led Notre Dame in kills with 299 while being second in digs (487) and third in serve receptions (282). Kristin also finished fourth in hitting percentage (.243) and tied for fifth in aces (17).

Garner was the Bulldog who tied Anderson with 17 aces, while she lead Notre Dame in digs (641) and serve receptions (734).
Also leading Notre Dame in two categories was Kate Rubel, who produced a team-high 88 total blocks and a .362 hitting percentage. She was also second in kills with 258 and fourth in aces at 30.

Jones was also the leader in two categories for the Bulldogs as she had the most assists (505) and aces (46).

Tori Rubel paced her sister Kate with 67 total blocks to finish second on the team, while Tatum was behind Kate in hitting percentage at .245.