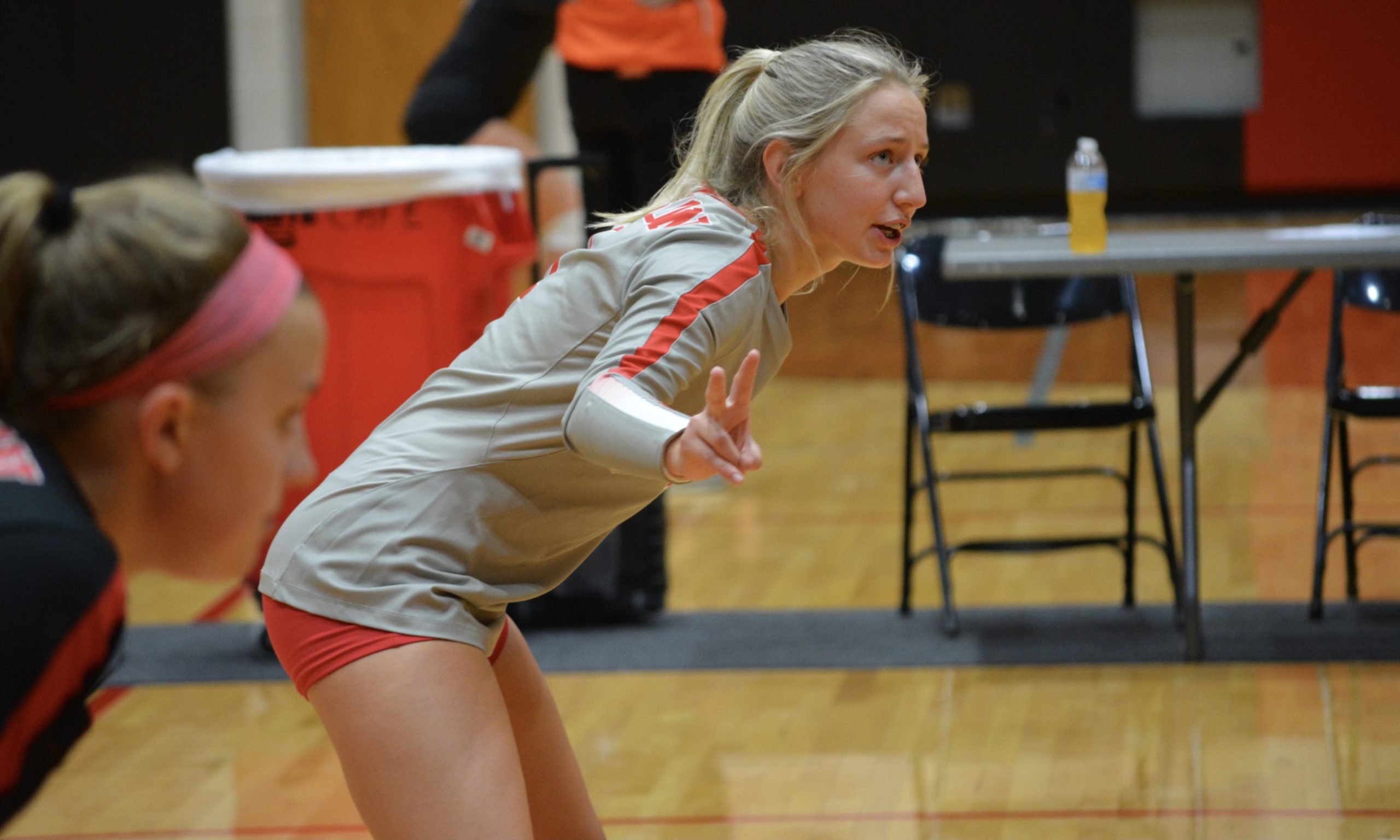 Over the weekend, the Jackson volleyball team officially hosted its annual tournament as the Indians finished first overall in Group 1 of pool play by winning seven of their eight sets.

Jackson was one game away from reaching the championship match after beating Class 1 Lesterville 2-1 (20-25, 25-11, 25-17) in the quarterfinals, but it then lost to eventual Jackson Volleyball Tournament Champions and fellow Class 5 member Helias Catholic 2-0 (25-18, 28-26) in the semifinals.

Heading into its own tournament, the Indians strung off their longest winnings-streak of the season with six victories in a row as they then went 3-0-1 in pool play of the tournament. The teams Jackson was able to beat in pool play other than Helias Catholic were Arcadia Valley and Mehlville, while the Indians tied with Nerinx Hall.

One of Jackson’s wins during its streak was over Valle Catholic, 3-1, on Sept. 28.

The Indians win over the Warriors was just one of the many games sophomore libero Holland Guilliams has recorded double-digit digs (15) as she leads her team with 174. Guilliams is also one of her team’s top servers as she’s only missed four of her 202 serves (98%) for 111 service points and 16 aces. On top of that, Guilliams has a serve receive total of 2.03 out of 639 serves received.

Setting the ball to these hitters has been junior setter Kamryn Link as she’s recorded a team-high 562 assists, while Guilliams has the second most at 31.

Defensively at the net, Trankler leads the Indians with 52 blocks as Link paces her at 33. Sophomore middle hitter Christa Vandeven is third in blocks as she’s recorded 21, and she also has the fifth most kills with 68 (.311 hitting percentage on 164 attempts).

Second in digs behind Guilliams is Link as she’s the only other player for Jackson with more than 100 at 119, as Vandeven is third in digs with 93. Senior defensive specialist Alexa DeLuca paces them with 72 digs of her own.

The next tournament for the Indians prior to the Class 5 District 1 playoffs is the SEMO Conference Tournament starting on Monday, which the Indians have won the past two seasons.