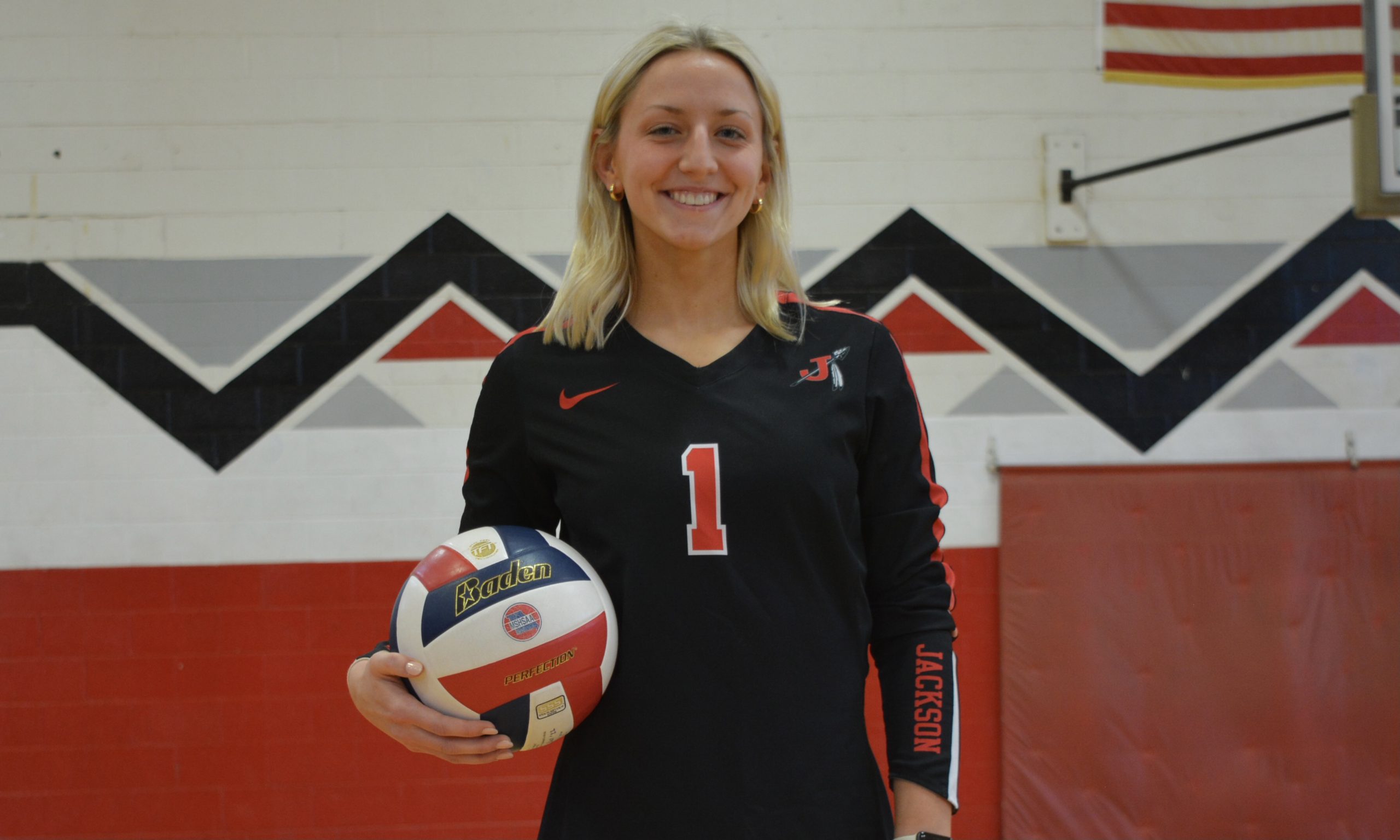 Jackson junior Holland Guilliams was named the SEMO Conference Player and Libero of the Year. Photo by Jay Forness

In a season where she led the Jackson volleyball team to win its fifth-straight SEMO Conference Tournament Championship and the third of her career, junior libero Holland Guilliams was named the 2022 SEMO Conference Player of the Year.

Guilliams also earned the title of SEMO Conference Libero of the Year for the second-straight time as the Indians (31-5-4) won the conference regular-season title as well. Additionally, she was named all-district after Jackson took home the Class 5 District 1 Championship for the fifth year in a row.

“Winning SEMO Conference Player of the Year is obviously such an honor, but I can’t really take all of the credit because my team makes me look good,” Guilliams laughed. “Out-of-system setting — If I don’t see it well — my hitters still know how to put it down.

“Our setters always go to the ball, and even my defense behind me is always talking to me. They’re like, ‘Hey, I’ll take this ball!’ We just know each other, and our chemistry is very good.”

Statistically, Holland recorded a career-high 389 digs and produced double-digit digs through 18 contests. Her single-game high digs total was 22, which she had against Saxony Lutheran in September.

Guilliams also had 300-plus digs as a junior when she earned her first SEMO Conference Libero of the Year award last fall with 355 and is 88 digs away from 1,000 in her high school career. Holland is already Jackson’s all-time leader in digs at 912.

“If it looks impossible, it’s possible — I just go for it no matter what,” Guilliams said. “No matter how far away the ball is or how close to the floor it is, I’m going for it. You just have to be fearless because there are some really fast balls coming at your face.

“You’re not always going to dig it, but that’s OK,” Holland laughed. “Most of the time, you just have to make sure that it doesn’t nail you in the face.”

One could say this hard-nosed mentality encapsulates the name Guilliams as her siblings have now all graduated from Jackson. They were also standouts for the Indians as her brothers Payne and Flint were both all-state in football and wrestling, while her sister Piper was a three-sport athlete and won titles in volleyball, basketball and soccer.

“I’m kind of speechless when I think about it because of my siblings and even my cousins and parents,” Holland said. “Just to carry on that name is an honor — I’m at a loss for words. My siblings and parents have taught me so much about what it means to have a good, positive mindset all the time. Also, to just be competitive on and off the court, and to be a good teammate and person.”

“Serve receive is definitely the hardest part for me,” Guilliams said. “Being able to track the ball off contact and talk before it even hits the net is surprisingly difficult.

Guilliams also finished as Jackson’s leader in serve percentage with a 97%, while she was third in service points (203) and fourth in both assists (78) and aces (37). Holland has recorded a 91% or better serve percentage, including a career-high 98% last fall, all three years.

“In practice, we serve very aggressively, but we also serve zone spots,” she said. “There are six zone spots, and there are three deep and three short. It’s all about toss and contact — you never change your arm swing, but it’s how you hit the ball with your hand.

“It’s a lot about contact and feeling, so for consistency I think about it like a free throw. It’s controllable, so it’s me helping out my team. I’ve got to make it in and make it aggressive so the opposing team just doesn’t nail it back at you — you have to make them get out of system.”

Another notable skill of Guilliams that doesn’t show up on the stat sheet is the type of leader she is on the court. Whenever her team scores a point, Holland is the first one to the huddle cheering and celebrating with everyone. She also encourages and helps lift her teammates up, though, when things aren’t going their way.

“Just staying positive with each other and being that calming voice on the court,” she said. “Obviously, we’re supposed to have a stress factor in the games where we’re having a sense of urgency, but also having that sense of calming like, ‘Hey, it’s OK! Play present and think about the next play. It doesn’t matter — it’s over with, so just keep playing.”

Guilliams has been a day-one starter for the Indians ever since she stepped onto the court as a freshman back in 2020 when Jackson graduate and current Southeast Missouri State soccer player Katelyn Miller was libero.

Holland first started playing volleyball back in fourth grade with Smash Volleyball and then Smash Select in sixth grade. Guilliams said she gradually fell in love with the sport over the years as basketball actually used to be her favorite sport.

Outside of playing for Jackson now, Holland is a member of the Pursuit Volleyball Academy. Guilliams has played club with a number of her high school teammates and describes practice during the season as a sigh of relief after a tough school day because of the relationships she’s built through Pursuit.

Guilliams said a big reason why volleyball is now her favorite sport is because of club and coaches like Pursuit’s Maile Gannon. Guilliams first met Gannon back when she helped her mother Crystal Guilliams coach Holland’s recreation league basketball team.

“Coach Gannon is like my second mom — she’s amazing, so it just kind of started from there,” Holland said. “She is really close friends with my mom, and she became my club coach my seventh grade year and has been ever since.

“If I need to be gotten on to, I’m going to be gotten on to by her. She always has a positive mindset with me, guides me through technique and just everything really. She’s a big reason of why I’m the player I am today.”

Guilliams went on to credit Pursuit Club Director Julie Kinnaman as well for helping and teaching her “so much” through clinics and master practices.

“Pursuit has taught me literally everything I know, and I’ve been to camps in Texas and Mississippi — Coach Gannon has taken me to those,” Guilliams said. “Pursuit is all so one-on-one where they care about the whole team, but they care about the individual even more.”