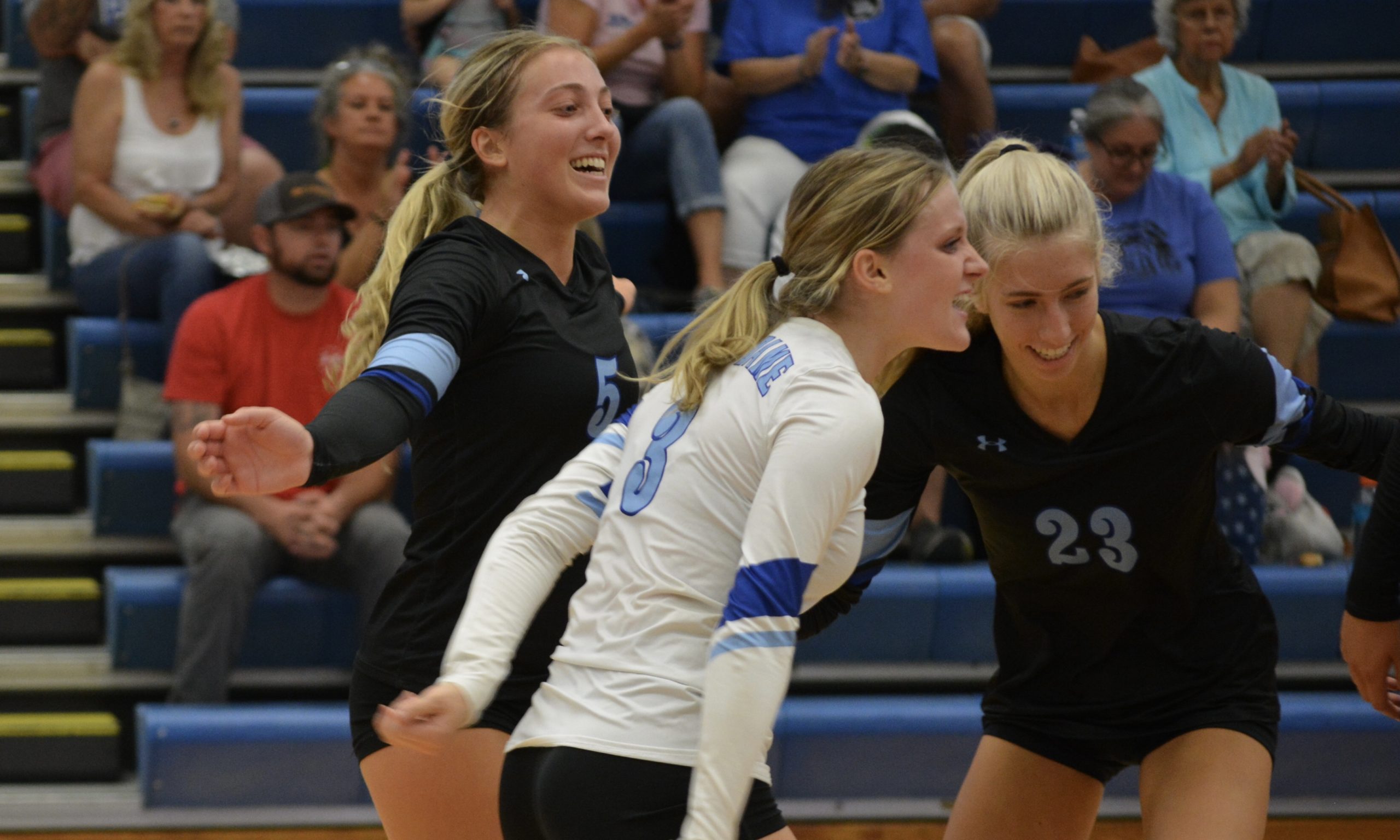 Despite not coming away with the SEMO Conference Tournament Championship last week, the Notre Dame volleyball team proved its poised for postseason success once again after winning 11 of 14 sets played.

“I told my girls, ‘Only losing three sets in these past two days out of seven games — I couldn’t ask for more,’” Notre Dame head coach Meridith Brinkmeyer said. “Playing teams like Jackson is what you want to do because they show you some weaknesses, but it also identifies, ‘Hey, we’re getting better at this.’”

One of the biggest key for the Bulldogs this fall has been their new middle blocker in 6-foot freshman Kate Rubel. She currently leads Notre Dame in kills with 144, hitting percentage at .411 and total blocks with 45.

Throughout the conference tournament, Rubel recorded the most kills for the Bulldogs in all but two contests. One of Kate’s standout performances was against Cape Central in the championship semifinals, where she produced nine kills and nearly had a perfect hitting percentage of .900.

Across the entire state of Missouri, Rubel currently has the sixth-highest hitting percentage as only eight players have one above .400. This ranks Kate in the top 100 nationally at 94th overall.

“Kate has been phenomenal. I always joke, ‘If people walk in and look at us, they couldn’t tell that she was a freshman,’” Brinkmeyer said. “She’s fearless, and that’s what a lot of volleyball is. Go out there, play and have fun — she has fun.

Pacing Rubel in kills for Notre Dame has been senior outside hitter Kristin Anderson as she’s come up with 128. Anderson is also second on the Bulldogs in digs at 228.

In the title game against Jackson, Anderson finished with a team-high six kills, two blocks and nine digs. Kristin also had the most kills versus the Indians in pool play with five.

“A lot of times teams underestimate Kristin because of how little she is (5-5), but she plays great defense, can jump and is going to hit those spots,” Coach Brinkmeyer said. “Just the effort and competitiveness she brings to the team helps a lot. Watching her get those big blocks and smiling gets the girls fired up.”

Along with being a force hitting the ball, Rubel also has a knack for blocking it alongside her older sister senior outside hitter Tori Rubel. Tori, who stands at 6-1, paces Kate with 37 total blocks of her own as the two make for a impenetrable wall at the net.

The Twin Towers 2.0 of Kate and Tori Rubel forced a player like Jackson’s sophomore outside hitter Katy St. John to only record three kills and finish with a negative hitting percentage of -.105 off 19 total attacks. St. John has the ninth-best hitting percentage in Missouri (.399).

Sophomore middle hitter Courtney Tatum (6-0) has also been a force in the front row when the Rubels aren’t in — producing 52 kills and 37 total blocks.

“We’re not blessed a lot of times with a lot of tall people, so this year to have three really tall people is fun to watch,” Brinkmeyer said. “When Kate and Tori are in the front row together it’s really cool to see that sister bond and rivalry at the same time of who’s going to get the ball.”

Another freshman who has stepped up for Notre Dame has been setter Claudia Jones, who leads the Bulldogs in assists with 252. Jones recorded double-digit assists in the conference tournament on two occasions (11 versus Poplar Bluff; 10 against Cape).

Moving to the back row, Notre Dame has been led by senior libero Anna Garner, who leads the Bulldogs in digs with 310. Notre Dame junior defensive specialist Aubrey Neumeyer is behind Garner with 135 digs.

“We need to play every game with energy, fire and confidence,” Brinkmeyer said. “We sometimes get down on ourselves and kind of shut down. If they keep each other up and play with the confidence of, ‘Hey, we’re a great team,’ they can go far.”