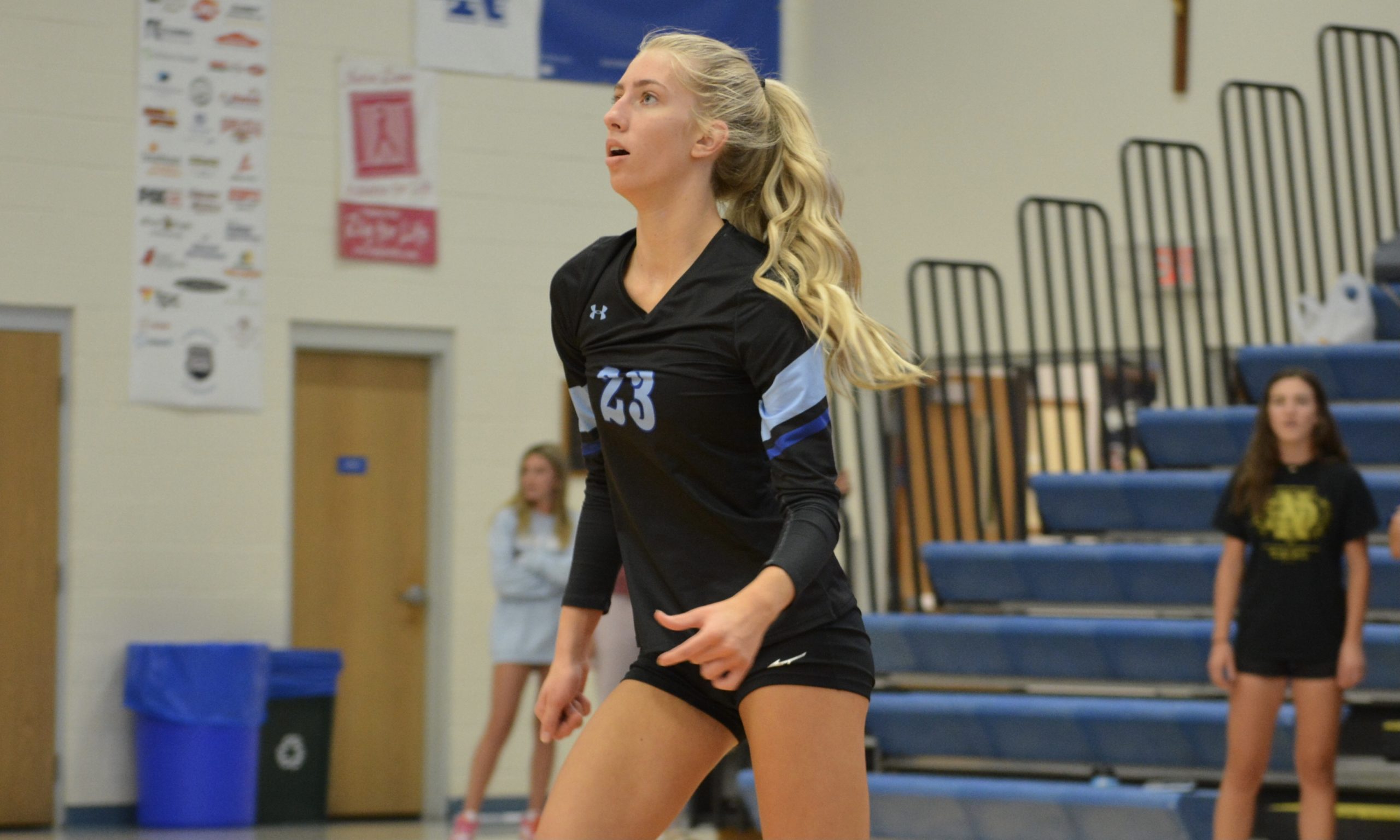 Despite not making it to the Dig For Life Challenge Championship match, the Notre Dame volleyball team (5-2-2) proved throughout the tournament it has all the making of repeating as Class 3 District 1 Champions.

Against Lesterville, Notre Dame freshman outside hitter Kate Rubel recorded a tournament-high 10 kills (.714 hitting percentage), while senior outside hitter Kristin Anderson paced her with nine and had 23 digs.

Rubel tied senior Grace Young for the most kills against Clarkton with five, while Kate also produced two blocks. Rubel’s older sister and Notre Dame senior middle hitter Tori Rubel finished with three blocks and came up with three digs versus the Reindeer.

The Bulldogs run at Dig For Life came to an end against eventual tournament runner-ups Farmington 2-0 (20-25, 21-25). Anderson recorded 17 digs and six kills as Kate Rubel paced her with five kills and two blocks.