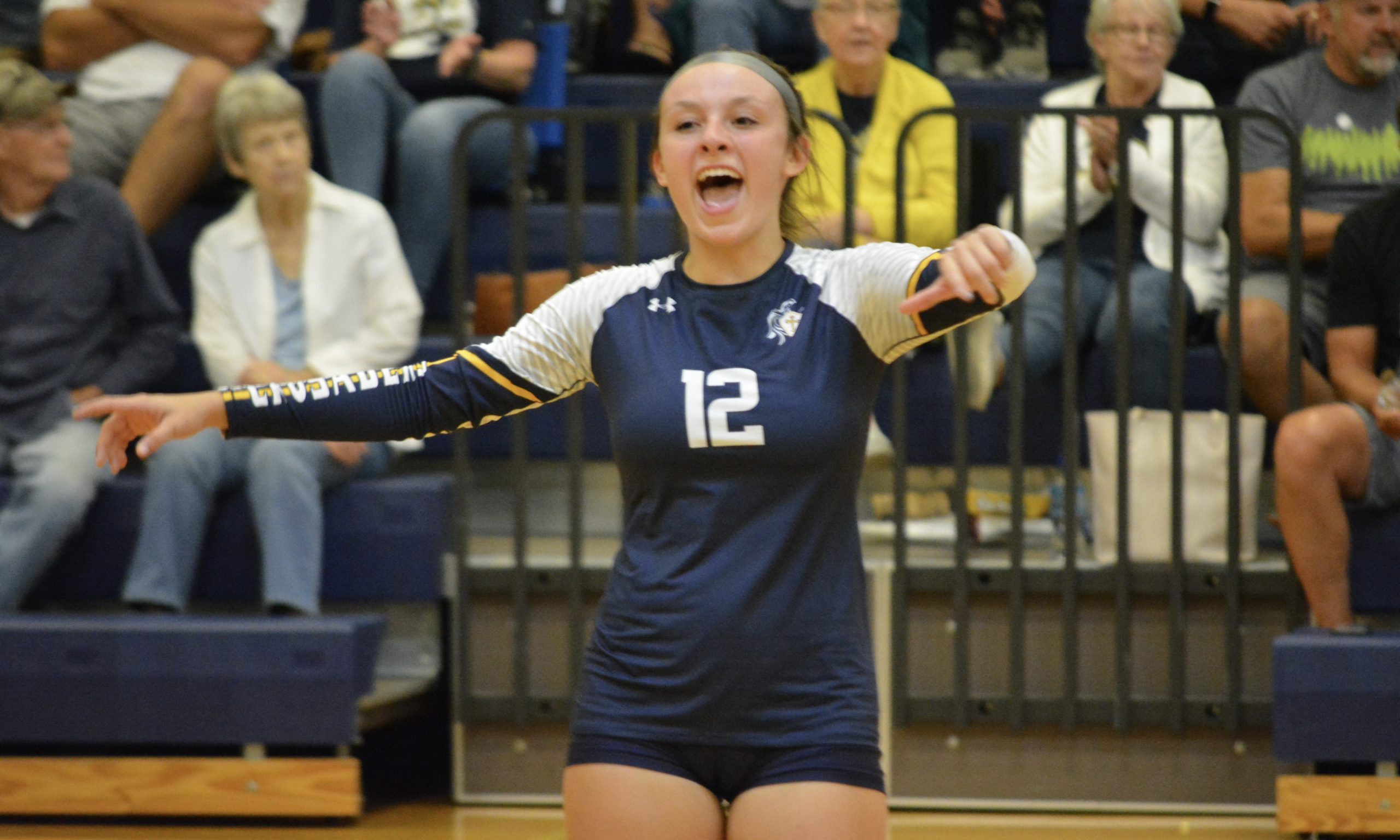 After winning a historic third-straight district championship, the Saxony Lutheran volleyball team had a total of seven all-district selections in Class 2 District 2.

Wahlers, who will play collegiately at Maryville, was rightfully named all-district after leading Saxony in not one but four categories. Josey was the Crusaders leader in kills (315), total blocks (137), hitting percentage (.381) and aces (69).

Mueller also led Saxony in multiple categories as she finished as her team’s leader in digs (386) for the third year in a row. Anna also led the Crusaders in serve receptions with 570 and serve percentage at 96.4%, while she was third in assists (89) and fifth in aces (20).

Brown was the only other all-district selection who led Saxony in a major statistical category as she produced a team-high 579 assists this fall. Along with that, Isabel was second in digs (265), third in aces (43) and third in serve percentage (94.5).

As for Brune, she was second and paced Wahlers in both total blocks with 87 and hitting percentage at .277. Clara finished third overall in kills (195) and tied for fifth in serve receptions (98).

Seibel finished second in kills with 201 and third in both total blocks (59) and hitting percentage (.214). King finished with the second-most serve receptions (370) and third-most digs (232).