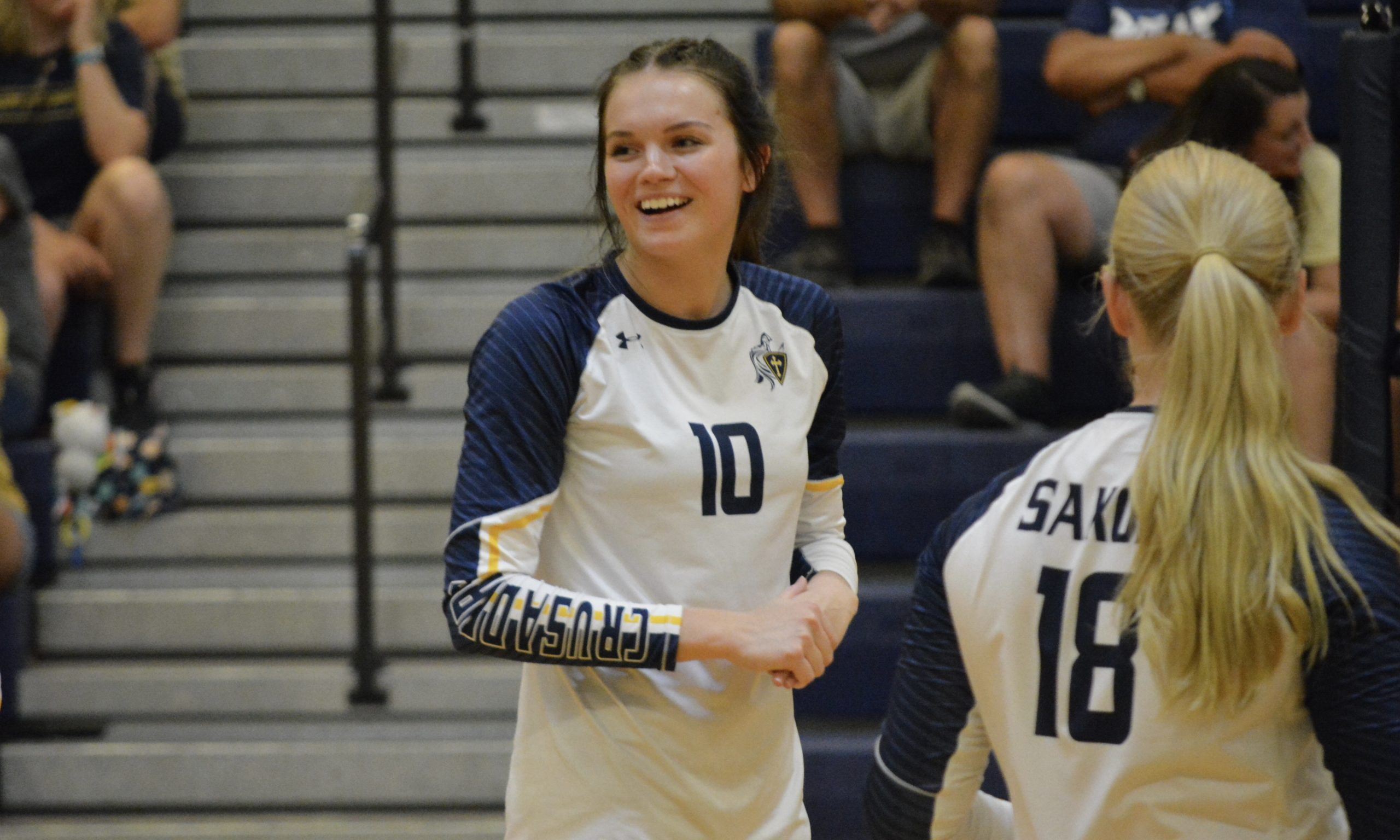 Last week, the Saxony Lutheran volleyball team had a player officially selected to the Class 2 All-State Team. It was none other than Crusaders senior middle blocker Josey Wahlers who was named as one of the 30 best players in Class 2 by the Missouri High School Volleyball Coaches Association.

“She’s a special kid, and I’m so excited that I was able to coach her this year,” Crusaders head coach Stephanie Brown said. “She’s got the talent and a drive. Then there’s the way she interacts with her teammates when we’re at practice — she’ll joke with them and whatever. I couldn’t be happier for her.

Wahlers was more than deserving of being named all-state as she led Saxony in not one but four major statistical categories: kills, total blocks, hitting percentage and aces. Josey did so for a Crusaders team that not only won a historic third-straight district championship, but they also recorded their most wins in program history at 26.

Wahlers notched a team and career-high 315 kills, which was 114 more than anyone else had for Saxony this season. Josey was also the only player for the Crusaders to record a .300 or better hitting percentage with a .381 (18th best in Missouri, according to MaxPreps.com.)

Even more impressive was that Wahlers finished with the fifth-most total blocks throughout all classifications in Missouri with a career-high 137 (43 solo, 94 assists). Recording the most blocks in the Show-Me State was Leopold junior Addison Engelen with 212 (15th highest in the nation).

Lastly, Wahlers finished with a team-high 69 aces for Saxony as she recorded 13 more than anyone else on her team. She also had a 91% serve percentage.

“She’s been playing forever as far as I know. I think her knowledge of the game and the way she goes about things makes her so successful,” Coach Brown said. “Her volleyball IQ is off the charts because we’ll be in the huddle, and she’ll pick up on something the other team is doing.

“She’ll be like, ‘I’ve got something to say,’ and we’ll all listen and be like, ‘Got it!’ It’s nice to have somebody like that’s able to say, ‘We need to adjust this to do this.’”

Josey is going to continue her volleyball career at the next level as she will play for Division-II Maryville starting next fall.