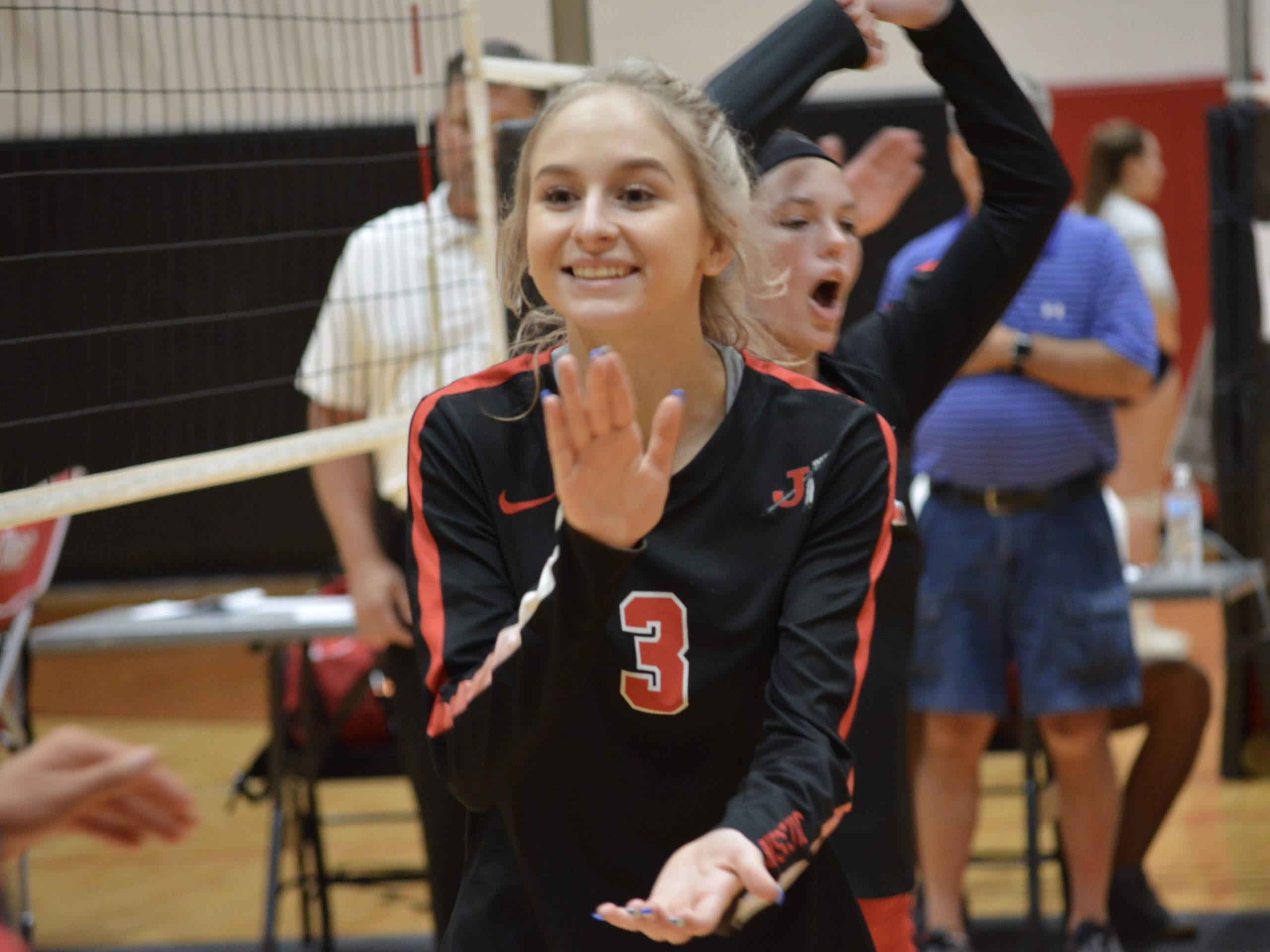 Following a 2020 campaign where Jackson volleyball took home both the Class 5 District 1 and SEMO Conference tournament championships, the Indians will be relying on depth to continue their success this season.

The reason being is because Jackson graduated several starters from last season including the team’s leader in kills, assists and digs in now former Indians Hannah Shinn (353 kills), Madelyn Bourner (1,043 assists) and Katelyn Miller (425 digs).

It will without a doubt be a difficult task to replace those 2020 graduates, who helped Jackson win two district and conference tournament titles while combining for a record of 59-14-4 over the last two seasons.

Looking at the Indians front line, two key components will be senior middle hitter Mia Trankler and sophomore outside hitter Nadia Wasilewski, who each recorded 220 or more kills in 2020. Trankler was second behind Shinn in kills with 261 accompanied by a kill percentage of 45.8%, while Wasilewski came in third at 220 (26.1 kill percentage).

“We’re putting a lot on their shoulders, and they’re doing a wonderful job with it,” Jackson head coach Dave Mirly said. “Mia is ready for this after playing behind Hannah Shinn for the last couple of years. She was the second-best middle [hitter] around last year, but she didn’t get a lot of the recognition. She’s been working hard for this moment.

“Nadia was a freshman playing a new spot, and she was uncomfortable at times last year. This year, she’s not uncomfortable at all. She’s ready to take this left-side position and just be phenomenal at it.

Other hitters filling in for Jackson will be sophomore outside hitters Ella Domian and Christa Vandeven as freshman hitter Katy St. John should factor into the rotation as well. Indians junior outside hitter Micah DeLoach will see time as well.

“Micah does a wonderful job — she is a great volleyball player. Christa runs middle opposite of Mia for us, and she plays all the way around and does so well in the front row and back row for us,” Mirly said. “Katy St. John did a great job [in the Gatorade Game]. We gave her a lot of big-time sets, and she just put it down for us.

“When [St. John] did make those freshman mistakes, she bounced back. Ella — a lefty who plays on the right side — had some big swings and blocks for us [during the Gatorade Game].”

Taking over for Jackson’s longtime setter Bourner will be junior Kamryn Link, who played in 24 of the varsity’s 103 sets last fall. During the team’s Gatorade Game on Thursday, Link proved she’s ready to take on this new starting role.

“Kamryn has come so far from last year to this year. We knew she could be great as a senior, but she’s great as a junior,” Coach Mirly said. “She just runs the show out there so comfortably and puts up great sets, especially when it’s out of system. She’s come so far so fast, and she’s still got room for improvement.”

Moving back to defense, it will be none other than sophomore Holland Guilliams taking over as the Indians libero after starting as a freshman. Last fall, Guilliams was fourth on Jackson in digs with 168 while also coming up with the third-most aces (32). She will be joined by defensive specialists senior Alexa DeLuca and fellow sophomore Grace Newell in the back row.

“Holland is playing with so much confidence at all times as is Alexa and Grace — they’re just all so much more confident this year,” Coach Mirly said. “[Guilliams] communicates well, and she’s played in so many big games in club. She’s calm, cool and collected all the time, and she’s ready for this moment.”

“I was very pleased with our effort, and I felt like we were ready from the start,” Coach Mirly said. “Our enthusiasm was really good, and we made some in-game adjustments with our blocking. We have so many young or first-time varsity players, and you don’t know how they’re going to react. They all did a wonderful job.”