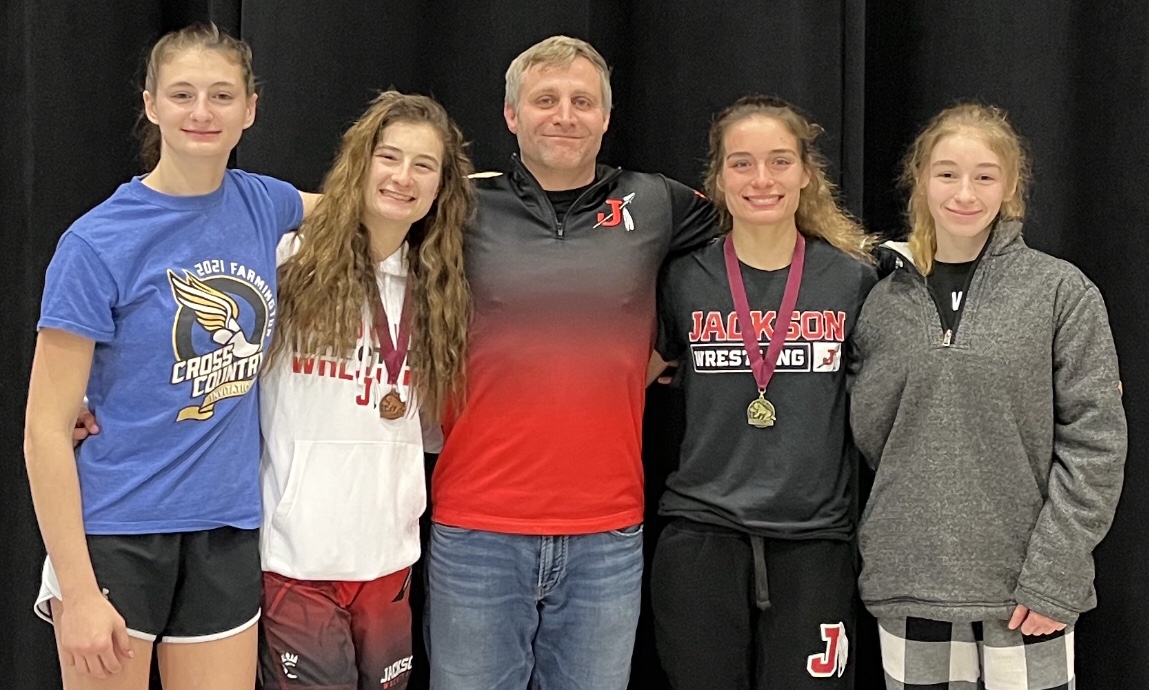 Despite only having four participants in Friday’s Sherri Lance Tournament, the Jackson girls wrestling team still managed to come away in the top 10 with a seventh-place finish out of 22 teams.

The Indians scored 64 points to do so and had half of their wrestlers finish on the podium as 120-pound senior Mallorie Metzger (25-2) won her fourth tournament championship of the season.

It was safe to say Metzger came out on top in dominant fashion as she won two of her four matches — including the championship bout — via pinfall. In the 120-pound title match, Mallorie pinned Washington junior Ava Griffey (28-6) to the mat at the five minute, 19-second mark for the win.

Metzger reached the championship final with a 11-1 major decision win over Parkway West senior Ella Childress (18-8) in the semifinals. In the quarterfinals, Mallorie recorded her first pinfall of the tournament as it only took a little over two minutes (2:18) to pin Parkway South freshman Avery Godwin (8-9).

Also placing in the top four of their respective weight class for Jackson was Metzger’s sister 115-pound senior Gracie Metzger (18-5), who took third overall in her weight class.

Gracie would not come up short in the third-place match, though, as she pinned Park Hills Central junior Taylor Sharp (17-6) 56 seconds into the third and final period.

Metzger received a bye in the first round and beat Parkway South junior Tiana Paul (18-5) by major decision at 13-2 to reach the championship semifinals.

Finishing just outside of the top four was the Metzger’s younger sister freshman Mollie Metzger (14-9) as she finished in fifth place wrestling at 125. The Indians 110-pound junior Josephine Collins also scored points for her team with a seventh-place finish.

Metzger won two of her matches via pinfall with the final being by a 1-0 decision over Parkway West sophomore Lilly Whittenburg (16-10) for fifth place. Mollie pinned North County junior Memory Raker (14-11) at 1:58 in the consolation semifinals to reach the 125-pound fifth-place bout.

Metzger fell to the consolation bracket after losing to Washington junior Kendra Bliss (33-3) during the quarterfinal round via an injury at the 1:20-mark.

Bliss lost in the semifinals to Lafayette junior Toby Goertz (19-7), who fell to Festus senior Lauren Mills (29-0) in the championship match.

All of these Indians will now compete in the SEMO Conference Tournament, which will be held this Friday and Saturday at Cape Central Junior High.